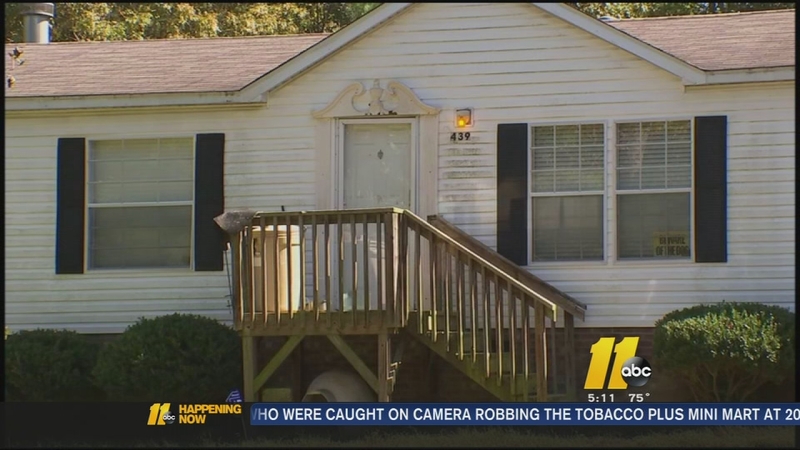 KENLY, NC (WTVD) -- A one-year-old girl is recovering at Wake Med after being attacked by a dog inside her Kenly home. The child was listed in critical condition Wednesday.

It happened around 8 p.m. Tuesday in the 400 block of Old Pebble Lane east of Smithfield.

Officials say the little girl was mauled by the family pit bull terrier. Officials say the dog was outside when one parent opened the front door and the dog darted inside the home and bit the baby.

The child's mother told a 911 dispatcher her daughter was bitten on the head. In the call, the mother can be heard repeatedly apologizing to her baby girl while family members applied pressure to the wound with a towel. The little girl was having trouble breathing and was drifting in and out of consciousness.

The mother explained to the dispatcher she tried to pull the dog off the child and the animal turned on her.

After the attack, family members were using a shock collar to stop the dog from coming back inside the home. They also threatened to kill the animal with a gun.

Ernie Wilkinson, the Director of Johnston County Animal Control, told ABC11 Wednesday he can't think of the last time there was a vicious attack like this in the county.

"Dog bites yes, traumatic bites not really. Not that often. It's very sad and very tragic when it happens," he said. "The emphasis right now is to put our thoughts and prayers on this family, especially this little girl. That's what's important."

The dog was euthanized Tuesday night. The Johnston County Sheriff's Office is not releasing the baby's name.

Charges have not been filed. The sheriff's office said the attack is being investigated.