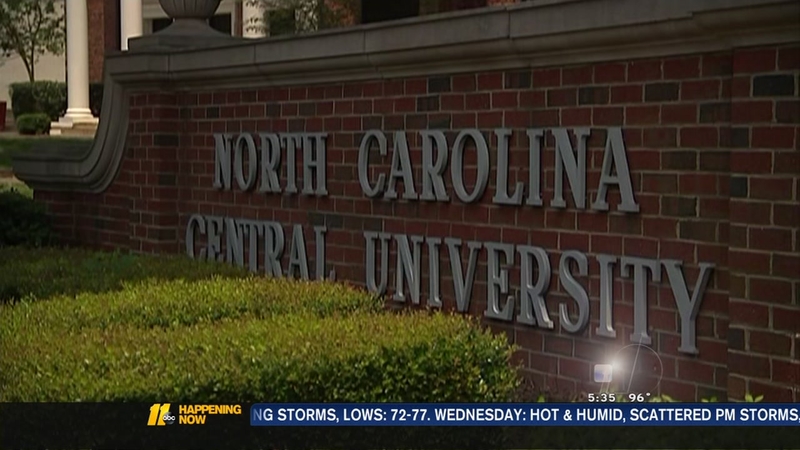 RALEIGH (WTVD) -- Local historically black colleges and universities are experiencing a spike in donations in 2016 and some people are attributing it to the Black Lives Matter movement.

The movement has led to rallies and protests across the country. Just last week, demonstrators shut down city streets in Durham.

Some believe the same movement has spurred supporters to give and invest in diversity. Donations are up 70 percent at Shaw University.

"We've seen an immense increase," said Shaw President Dr. Tashni-Ann Dubroy. "We have new donors who never sent to Shaw University and believe in our vision, what we are here to do, and how it is well impact the community so they've been giving to Shaw as well."

Dubroy is encouraged by the generosity the school is seeing during a contentious time in the country.

She said, "Even as we see racial relations become in the spotlight of national media and even as we see areas of improvement in everything that we do, I still believe our community can come together and that can shape what the future will look like in terms of our social progressiveness."

The money will soon bring some changes on Shaw's campus. In 2011, every staff and faculty member had to take a pay cut to keep the university running. This September, the pay will be reinstated.

In Durham, N.C. Central University has surpassed its fundraising goal and brought in a whopping $7 million dollars for the 2015-2016 fiscal year. The school was just named "HBCU of the Year" by the national publication HBCU Digest.

Administrators are now seeing a rise in young alumni giving back to the institution.

"That really means that it'll [the university] will sustain itself for generations to come and that's important," said Central Vice Chancellor of Division of Institutional Advancement Harriet Davis.

ABC11 did reach out to St. Augustine's University in Raleigh about donations, but did not receive a response.

A couple of years ago St. Aug's faced financial hardships and staff was force to take furloughs.