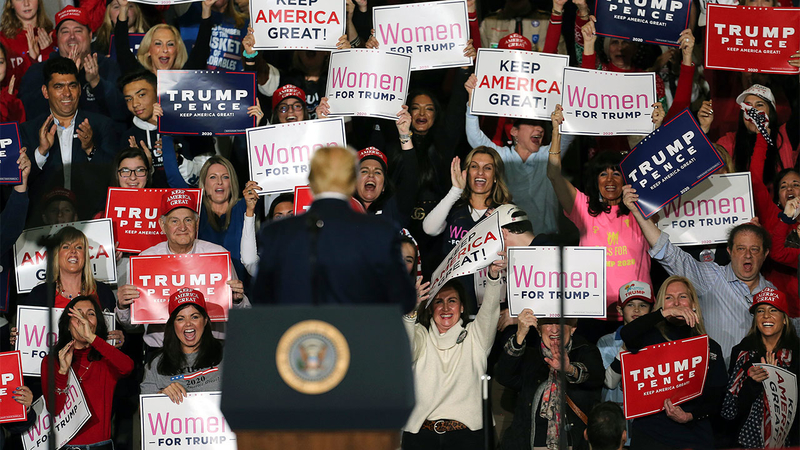 Dr. Anthony Fauci says his advice for people who want to attend President Donald Trump's campaign rallies is the same for those protesting the president's policies, warning that any large group setting is "a danger" and "risky" during the coronavirus pandemic.

If a person insists on going, Fauci said, they should wear a mask, especially when they are yelling or chanting.

In an interview with ABC News' "Powerhouse Politics" podcast, Fauci said he understands the urge people have to participate in the political process but that the safest bet is to avoid congregating in large groups.

When asked whether his advice also applies to Trump's plans to resume campaign rallies next week, Fauci said yes: "I am consistent. I stick by what I say."

President Donald Trump is planning to hold his first rally of the coronavirus era on June 19 in Tulsa, Oklahoma. And he says he's planning more events in Florida, Texas and Arizona as well.

The "best way that you can avoid -- either acquiring or transmitting infection -- is to avoid crowded places, to wear a mask whenever you're outside. And if you can do both, avoid the congregation of people and do the mask, that's great," he said.

"If you're going to be in a situation where beyond your control there's a lot of people around you, make sure you wear a mask," he said.

The president announced this week that he'll resume his signature campaign rallies beginning next Friday in Tulsa, Oklahoma. The state, which was among the earliest to begin loosening coronavirus restrictions, has a relatively low rate of infection but has seen cases rising.