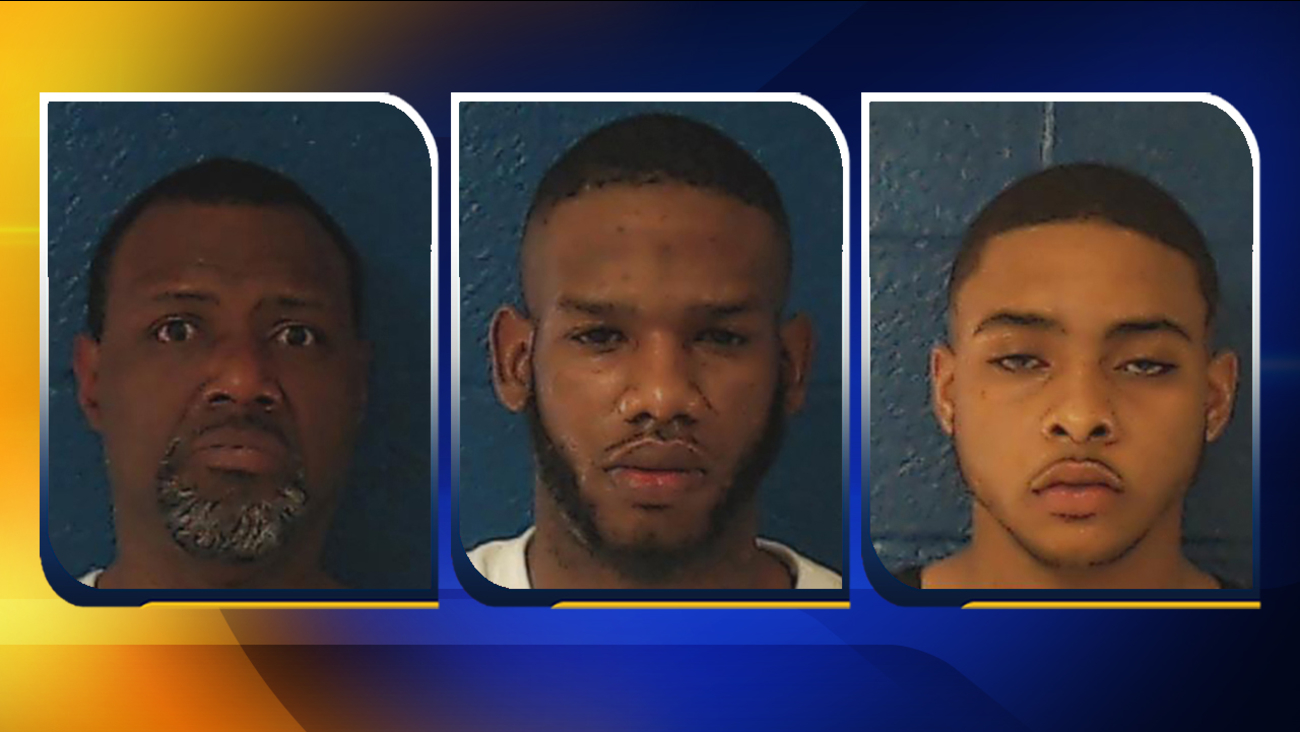 NASHVILLE, NC (WTVD) -- Three men are in custody after a traffic stop led to a large drug bust in Nash County.

The Nash County Sheriff's Office said a white Hyundai Sonata, was stopped for a traffic violation on I-95 near the 138 mile marker.

Law enforcement officers seized 1,284 grams of cocaine and crack cocaine, 102 grams of heroin, approximately six pounds of marijuana, and 559 grams of an undetermined liquid inside the passenger area.

The three men, identified as Cohn Deangelo Hinton, 48, of the 1600 block of Poole Road in Raleigh, Kendrick Dequan Rogers, 25, of the 3000 block of Grey Harbor Drive, Raleigh, and Brendon Rashad White, 20, of the 100 block of Garwin Drive West, in Wilson, were arrested.

Hinton, Rogers and White are being held in the Nash County Detention Center under $2 million secured bond.