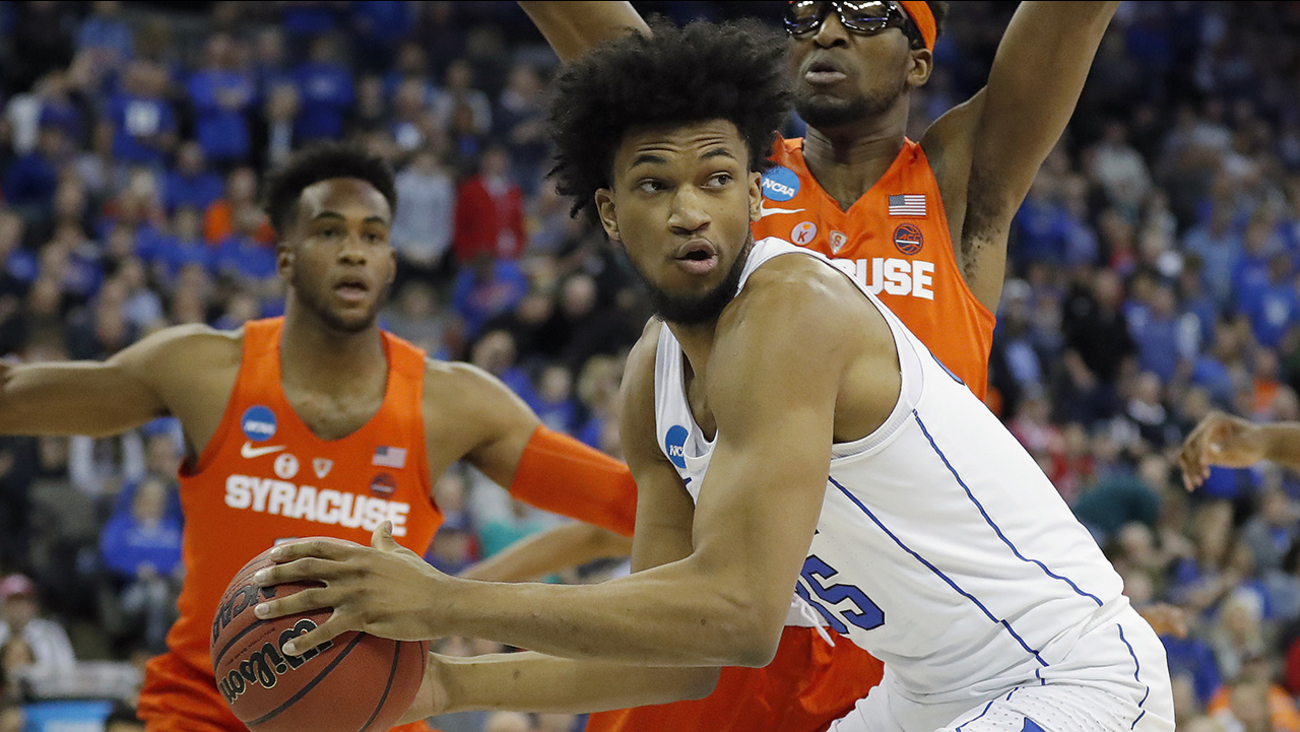 OMAHA, NEB. -- Duke is back in the Elite Eight for the first time since its 2015 team won it all after holding off a late charge from rival Syracuse 69-65 on Friday night in the Midwest Region semifinals.

Marvin Bagley III scored 22 points and Wendell Carter Jr had 14 with 12 rebounds for the Blue Devils (29-7), who will face top-seeded Kansas - a rare matchup of bluebloods in a tournament defined by chaos - on Sunday in Omaha.

But Duke couldn't shake the Orange (23-14) until the final buzzer sounded.

Happy fellas after the horn pic.twitter.com/kdPseZ5Hpt

"It was a hard-fought game," Bagley said.

Sharp-shooting Grayson Allen missed the front end of a one-and-one with 12 seconds left and Duke up 67-64.

The Blue Devils fouled rather than let Syracuse go for a game-tying 3, and Tyus Battle only made one of two from the line.

Gary Trent Jr. then made two free throws with 6.3 seconds to go to seal a closer-than-expected win that was similar to the Jayhawks' 80-76 win over Clemson - a game Kansas led by 20 at one point.

Trent on the tirade pic.twitter.com/gbnlZRthoT

Duke held a 50-45 lead midway through the second half, despite allowing a pair of quick baskets that so infuriated Coach Mike Krzyzewski that he ripped his jacket off in frustration - drawing oohs and aahs from a crowd full of blue-clad Blue Devils fans.