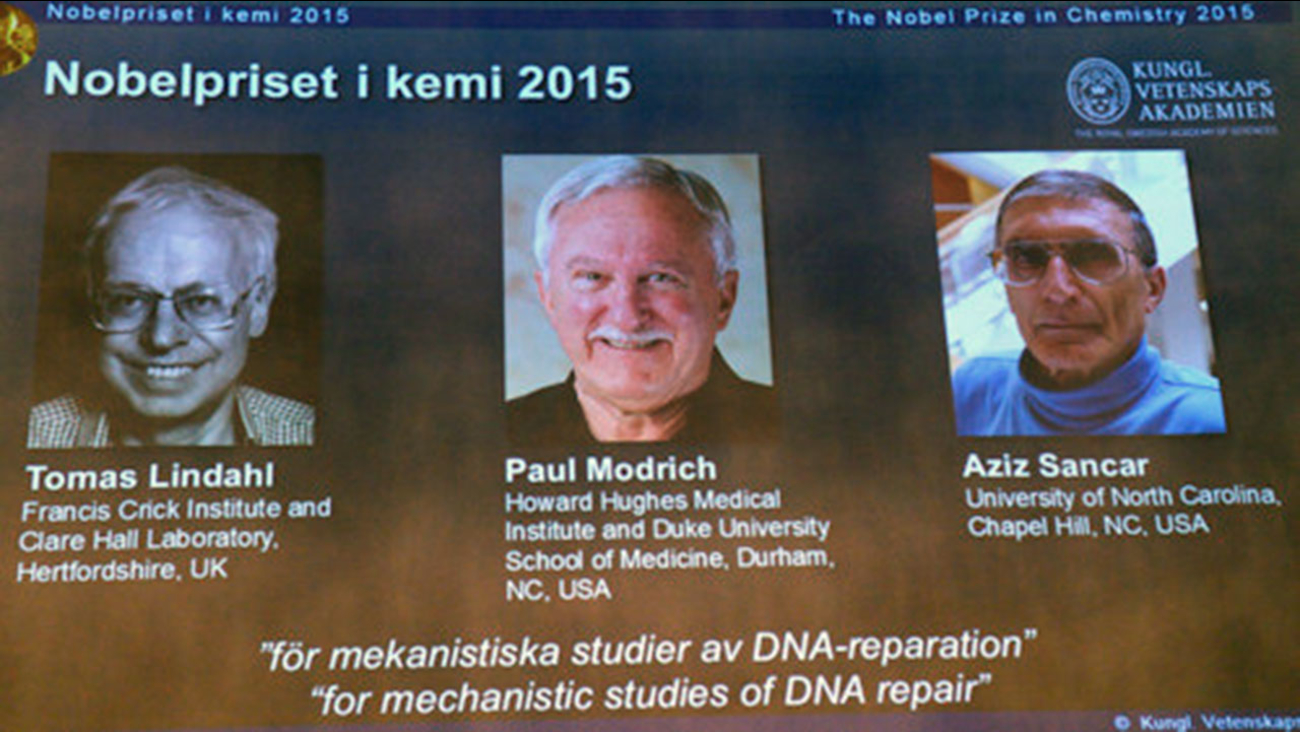 The Royal Swedish Academy of Sciences said their work "has provided fundamental knowledge of how a living cell functions." Their findings have been used for the development of new cancer treatments, among other things, the academy said.

Lindahl, 77, is an emeritus group leader at Francis Crick Institute and Emeritus director of Cancer Research UK at Clare Hall Laboratory in Britain.

Modrich, born in 1946, is an investigator at Howard Hughes Medical Institute and professor at Duke University School of Medicine, Durham, North Carolina.

RELATED: Everything you need to know about this year's Nobel Prize Winners
Angus Deaton wins Nobel Prize in economics
Learn what makes outstanding men and women so fascinating and how they earned one of the most prestigious awards in the world this year.

The 8 million Swedish kronor (about $960,000) award will be handed out along with the other Nobel Prizes on Dec. 10, the anniversary of prize founder Alfred Nobel's death in 1896.

This year's medicine prize went to scientists from Japan, the U.S. and China who discovered drugs to fight malaria and other tropical diseases. Japanese and Canadian scientists won the physics prize for discovering that tiny particles called neutrinos have mass.

The Nobel announcements continue with literature on Thursday, the Nobel Peace Prize on Friday and the economics award on Monday.