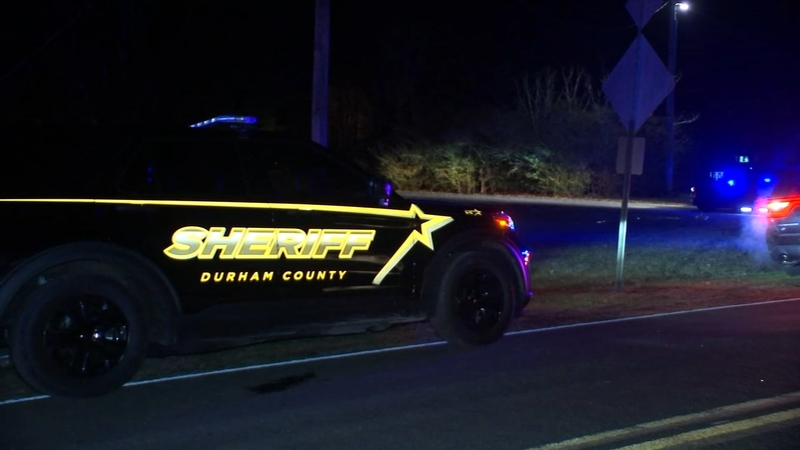 DURHAM, N.C. (WTVD) -- Durham County deputies shot and killed a woman who pointed a shotgun at them, the sheriff's office said Tuesday evening.

The sheriff's office said the incident happened about 4 p.m. after deputies were called out for a disturbance at a home in the 400 block of John Jones Road in Bahama.

When deputies arrived, a woman with a shotgun aimed the weapon at deputies multiple times. Deputies said they tried several times to get her to put the gun down.

On the scene in Bahama where a Durham Co sheriff’s deputy shot and killed a woman at 421 John Jones Rd • DCSO says deputies responded to a disturbance call and woman, armed with a shotgun, aimed it deputies multiple times • DCSO says woman was shot after refusing to drop weapon pic.twitter.com/t4r4qy7I5T

The investigation is still preliminary and details aren't yet clear, but at some point, the woman was shot and killed after the sheriff's office said she refused to put down the weapon.

The State Bureau of Investigation and the Durham County District Attorney were notified. The SBI will conduct an investigation into the incident.

"We are at the very beginning of this investigation and I ask that the public allow time for the facts to come out," said Sheriff Clarence Birkhead. "Myself and my deputies will cooperate fully with the SBI and the DA's Office as they conduct their investigations. In addition, the Sheriff's Office will conduct a full internal investigation, to include a use-of-force-policy review for this incident."

On Wednesday, the sheriff's office identified the woman as 28-year-old Stephanie Wilson.

One member of the Sheriff's Office is on administrative leave pending the outcome of an internal investigation, the sheriff's office also said Wednesday.

Neighbors told ABC11 on Tuesday evening that the woman was renting a portion of the house with another woman.

Across the street, neighbors expressed shock and sadness at the events of the day in this normally quiet community.

His daughter said Bahama has always been a safe place.

"My mother's lived here her whole life, and it's just crazy to see something this crazy going on," Kayla Ragland said. "We were reading earlier about Bahama, and it's just a safe place. And it's just strange."