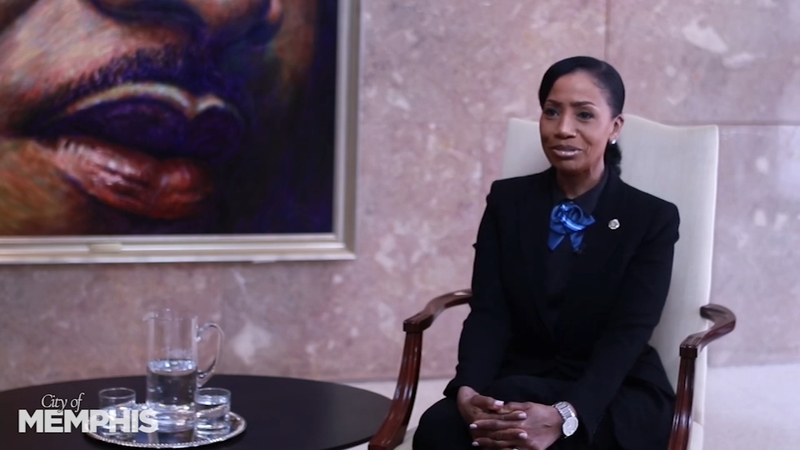 DURHAM, N.C. (WTVD) -- The Mayor of Memphis has selected Durham police chief C.J. Davis to lead the police department there.

"She's the right person to lead this department," Mayor Jim Strickland said in a YouTube announcement on Monday.

'Running away from the problem': Durham police chief's possible departure for Memphis draws mixed reaction from residents
The City of Memphis announced earlier this month that Davis was a finalist for the job.

"For Durham, we are very sorry to lose her," Schewel said.

"I know the history of Memphis. I have a great appreciation for the City of Memphis," Davis said in the announcement video. "I want the citizens of Memphis to know that I know the plight we all face with gun violence and various types of violent crimes."

She called 2020 a 'devastating' year for police agencies around the country.

"While I am sad to see her leave, I am excited for the next chapter of her extraordinary career," Page said. "Her five-year tenure in Durham has been transformative as she became a valued member of this great community, championing community policing in the city as well as among police officers and staff."

"First, I want to congratulate Chief Davis on her new job in Memphis. I will always be deeply and truly grateful for her service to Durham as our police chief. CJ always put the needs of the people of Durham first, and she has been an invaluable partner in our common goal of keeping Durham safe. I hate to see her go, but as one of my colleagues said of Chief Davis recently, 'Stars rise.' We'll be cheering her on as she ascends."

Davis was hired as the Durham police chief in April of 2016.
Before that, she was Deputy Chief of the City of Atlanta Police Department.

"Deputy Chief Davis, during the course of her 30-year career, has demonstrated a broad array of skills and experience that will serve Durham well at this time. As we know, this is an extremely challenging time for policing, not only in Durham but also throughout the country," former Durham City Manager Tom Bonfield said at the time.