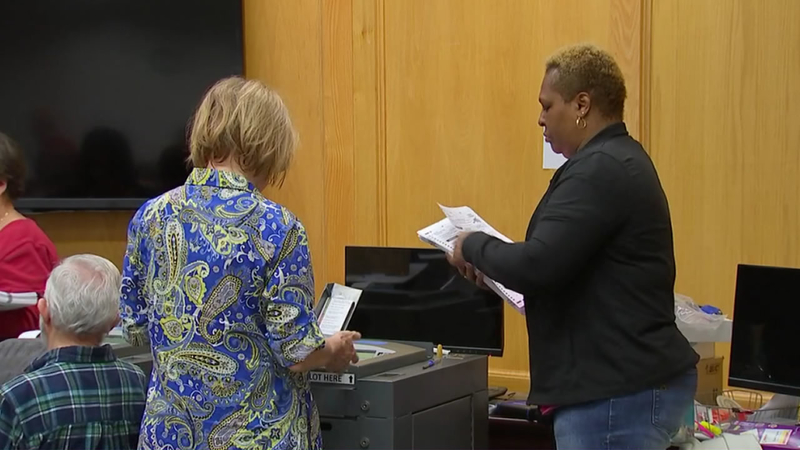 DURHAM (WTVD) -- A review of more than 94,000 votes cast in heavily Democratic Durham County during the early-voting period and on Election Day is expected to finish Monday. McCrory conceded to Roy Cooper in a YouTube message released around noon Monday.

McCrory has said he won't ask for a statewide recount if that recount shows the same results.

Democrat Roy Cooper currently leads Republican incumbent Pat McCrory by about 10,250 votes. McCrory, who could not capitalize on the wave of support that delivered statewide victories for Republicans Donald Trump and Sen. Richard Burr, can demand a statewide recount if the margin is 10,000 or less.

The second day of recounting ballots Sunday at the Durham County Board of Elections confirmed earlier results for one of the precincts contested by North Carolina Republicans.

"The results on the counting for Precinct 29 were identical with those on Election Day, as I understand it," said Bill Brian, director of the Durham's Board of Elections. "So that was a nice piece of verification to us that in fact, the tapes we had were accurate."

Durham County started recounting Saturday in the hopes of complying with a State Board of Elections order to complete the count by Monday evening.

The recount is costing the county tax payers at least $35,000.

The process is slow and meticulous for the paid volunteers. They used 16 machines Saturday in a small packed room but added about 10 more on Sunday. For one volunteer, it became too much.

"It's very, very hot in the room where we are, so he seemed to become very heated and dehydrated," officials told ABC11. "We sent him home and put someone else in that position.

The recount process means long days with intermittent breaks for everyone involved. "We've got 50-odd people here," said Brian, "we're running them in shifts and we're trying to run 'em through the whole day. It's taking a lot of time, a lot of time."

The recount was ordered after some technical issues on election night led to the late uploading of numbers that put Democrat Roy Cooper up over Republican Gov. Pat McCrory by about 5,000 votes. That advantage has since expanded to more than 10,000 votes as nearly all other counties have finished their tallies.

Brian said the Durham recount will continue Monday until the recount is complete. They have around 42,000 ballots left.

"And we're gonna start up again in the morning at 9 o'clock. People aren't here all night. We do secure the ballot in the vault. There's a big process and people watch us do it," said Brian.

The Durham County Board of Elections began the recount Saturday