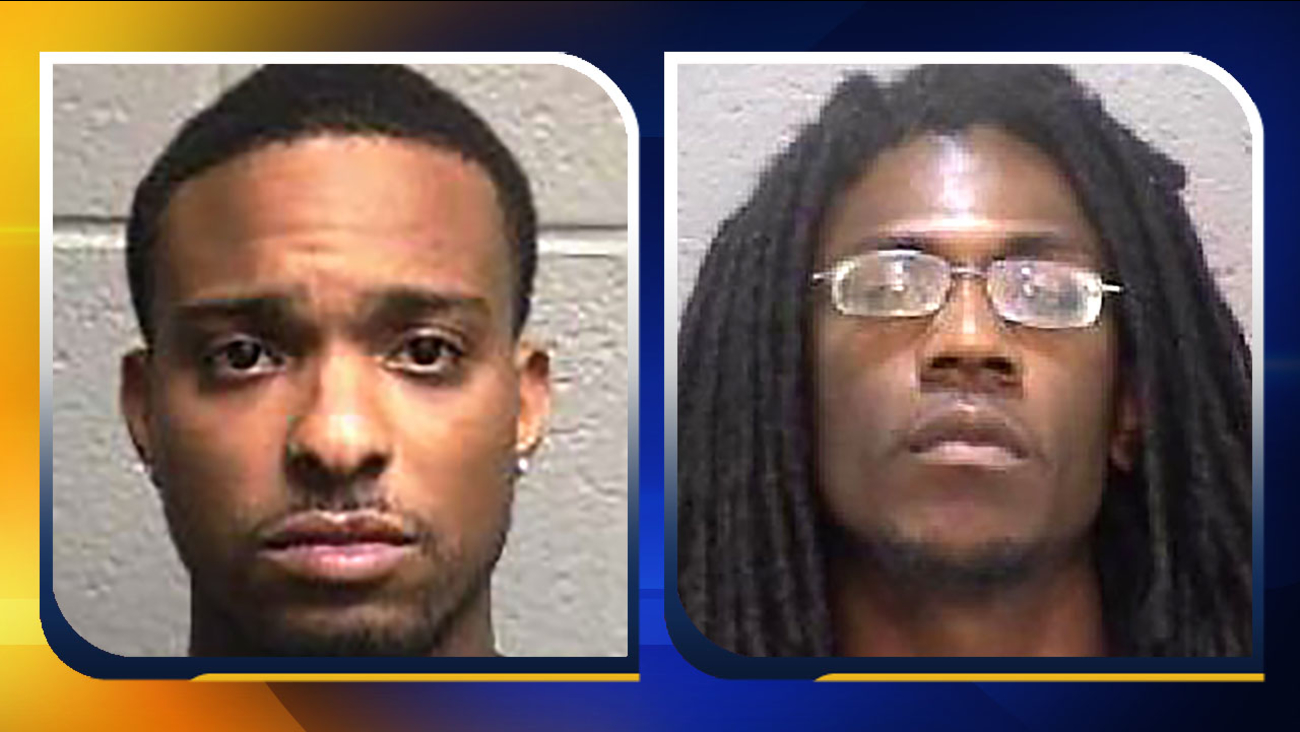 DURHAM, North Carolina (WTVD) -- A Durham man has been arrested and charged with robbing two businesses at gunpoint and attempting to rob a bank, Durham Police said Friday.

Nunn is charged with robbing the Extended Stay America at 3105 Tower Boulevard on September 6. A man approached the counter, pulled out a gun and demanded money. Nunn was arrested on one count of robbery with a dangerous weapon.

He is also charged with armed robbery of the Subway at 401 East Lakewood Avenue on September 5.

In that incident, two men entered the business together shortly before 6:45 p.m. One ordered a cookie while the second man pulled out a silver revolver and pointed it at the manager while the manager was opening the cash register.

In addition, Nunn and Pettiford have been charged with attempting to rob Mechanics & Farmers Bank at 2705 Durham-Chapel Hill Boulevard.

In that incident, two men wearing coats entered the bank around 12:45 p.m. One approached the counter and handed a teller a note demanding money and implying the use of a gun. No weapon was seen. Both men left the bank without getting any money.

Nunn was also arrested on outstanding charges from the Durham County Sheriff's Office.