The incident happened shortly after 3 p.m., Durham Police said. A bullet hole was visible high in the front windshield of Bus 218.

The bus driver, a streak of blood on her cheek, was walked to an ambulance for treatment of cuts from shattered glass. She was taken to a hospital.

I’m told stray bullets hit one of these school buses on cheek road this afternoon in @CityofDurhamNC. Several students were on the bus and hit by shattered glass. Unknown if anyone else hit in this incident #ABC11 @DurhamPoliceNC pic.twitter.com/mTbte0FnS7

"The bus driver had told us 'everybody, get down' because she got hit by glass," said student Anthony Ettson, who was on the bus at the time.

Durham Police told ABC11 that no one was struck by a bullet.

"Durham is just too much right now. We're only in the first month of the year and my son can't even ride the school bus. I don't understand," said Shauna Ettson who was at work when her son, Anthony, who's a sixth grader, called her. "He's telling me shots are fired and I'm like 'Where are you?' and he's telling me where. I'm like I'm on my way and he's like 'Mom don't come this way I said I'm already on my way.'" 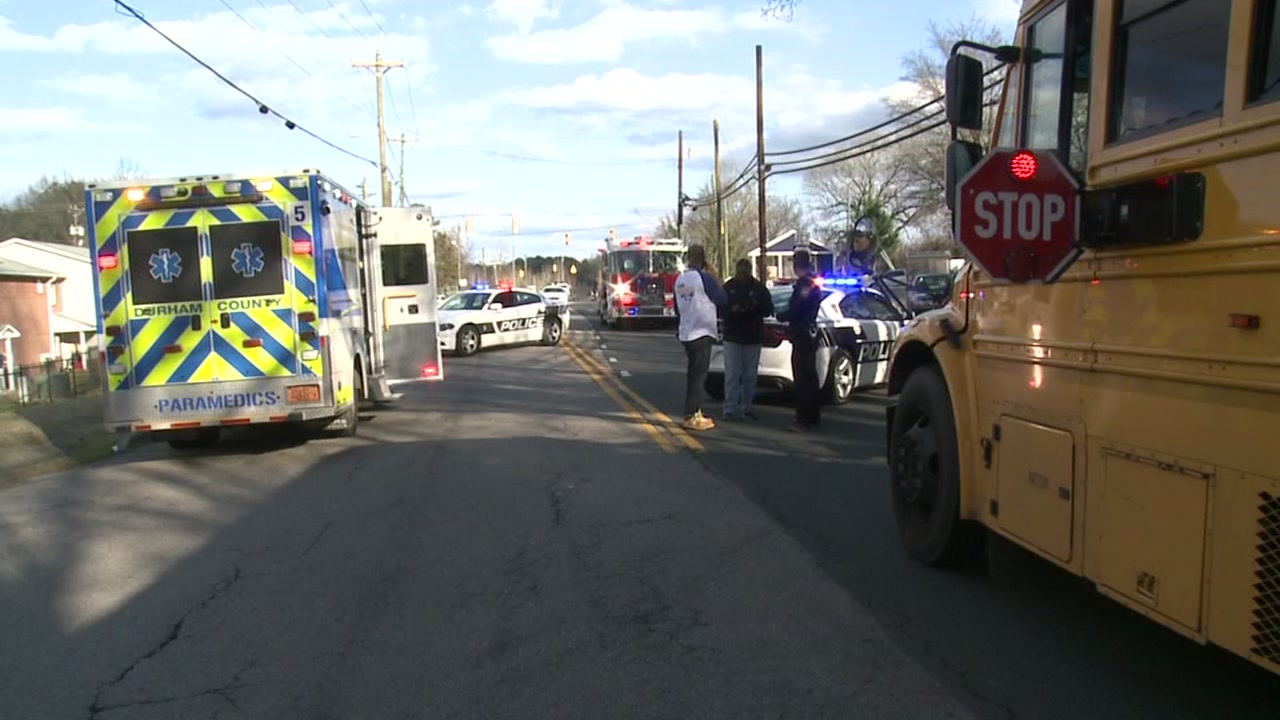 Durham Public Schools transportation and school security officials were at the scene to make sure students got home safely.

"It's definitely not a conversation we want to have, but it was a stray bullet and we have conversations with our kids about what's happening in the world around us," said Micah Copeland, principal at Shepard Middle School.

"This is surprising, but we're glad this was stray and nobody was hurt," Copeland said. "It's very frightening, but we were glad to hear as quickly as possible that the kids were safe and we got them back with their families, which is what is important."