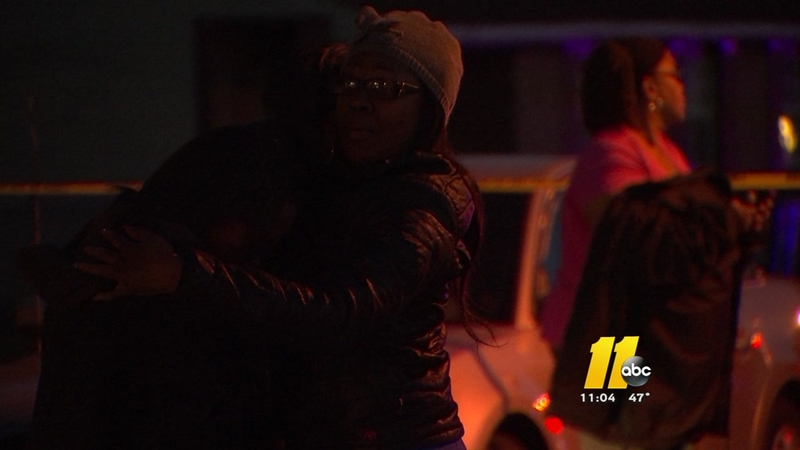 A Durham neighborhood mourns after a shooting claims a young life

DURHAM (WTVD) -- A Durham neighborhood is in mourning after a shooting killed one person and sent another to the hospital.

A woman could be heard screaming, "They shot my brother!"

About 3:30 p.m., police responded to a call of a shooting in the 3100 block of Wedgedale Avenue near Walton Street.

When officers arrived, they found 20-year-old Zakee Harrell dead in the street from gunfire. They also found a woman who had been shot in the arm.

Pictures from Chopper 11 HD showed there was also a crashed car and a fire hydrant nearby knocked over.

Minutes after police arrived, they quickly closed off the neighborhood. Residents in the area say the police and the caution tape are unfortunately an all-too-familiar sight.

"It's nerve wrecking and I'm tired of it," said Alisa Yarborough, who has lived in the area for four years.

She said she does not feel safe in her home and is constantly making sure her doors are locked.

Throughout the night, loved ones gathered around the caution tape, slowly realizing that the man killed was either family or a friend.

Investigators are still trying to figure out what led up to the shooting and are on the hunt for suspects and information.