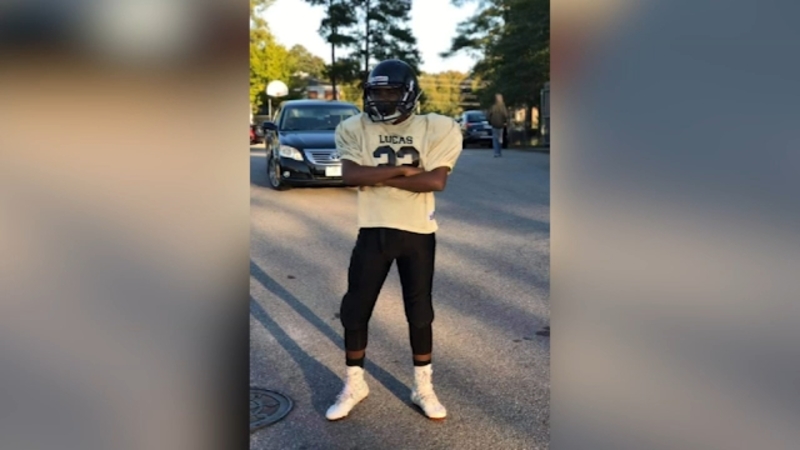 DURHAM, N.C. (WTVD) -- Ian Wells,15, from Person County will never know what it's like to pursue his dream of playing football for Oregon State.

Saturday night in Durham, his family says he was shot near the intersection of Alston and Angier avenues. He died the next day.

His sister, Imani Taborn, says she had just said goodbye to him a few minutes before the shooting.

"He said alright sis I love you. I'll see you tomorrow," she said.

"He met up with someone that he knew and they shot him."

Wednesday also marked one week since a 13-year-old was shot in the leg while sleeping in her home off Weldon Terrace.

In both cases, Durham police say they still need your help finding their attackers.

"I just feel like more can be done and just feeling a sense of sadness and disappointment," said David Johnson. Johnson is a supervisor of the anti-violence group Bull City United, a group of former offenders and activists working to disrupt conflicts in crime prone neighborhoods before they turn violent.

Johnson believes the lack of opportunities and resources in this pandemic has only aggravated the problem.

"The more troops, the more boots on the ground that we can have the better we can help against the things that's plaguing this community," said Johnson

Very soon, Bull City United will be expanding its territory in Durham through a recent partnership between the city and county.

Johnson says the agreement will increase their paid staff from seven to 25 people.

The efforts are critical in saving lives and families from tragedies like the one that killed Ian Wells, whose family said could light up a room with his smile.

"I can't fathom the words to describe the constant emotions this has caused. It's heartbreaking to hear my mama cry," said Taborn.

The community can learn about BCU and it's future expansion plans.