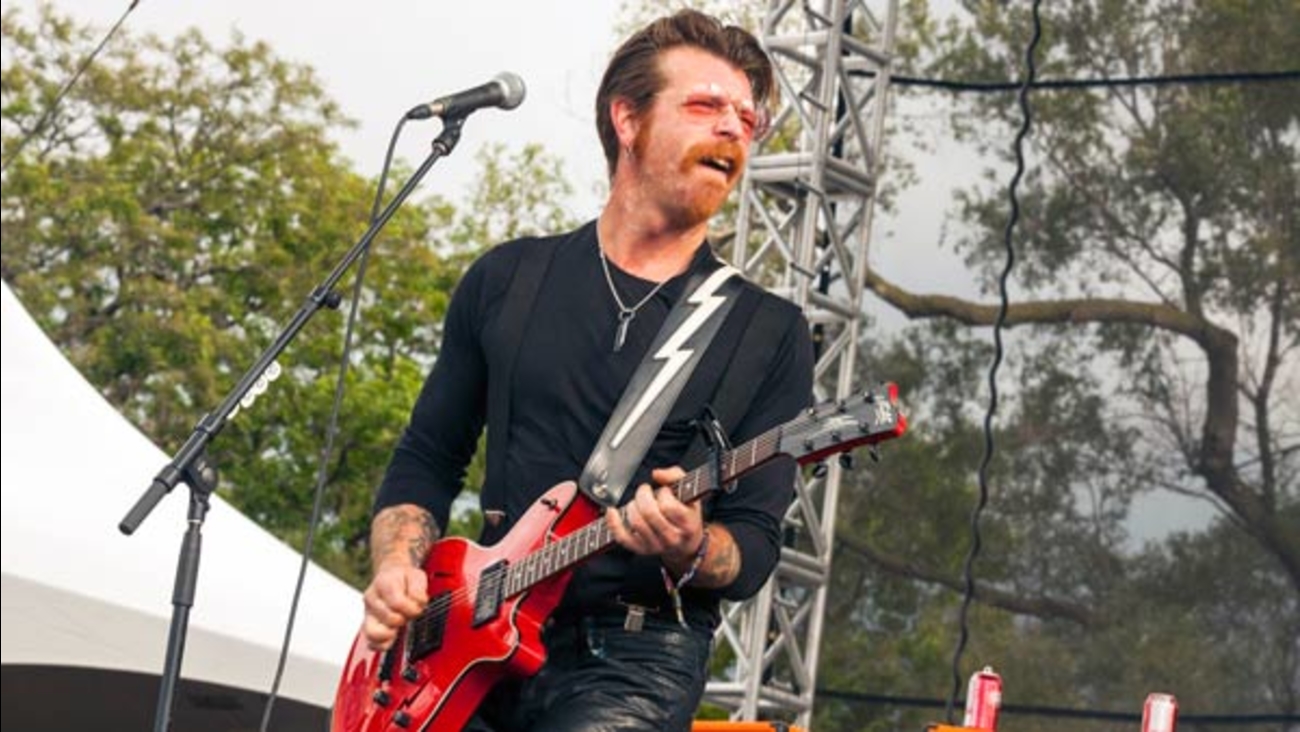 NEW YORK -- Two members of the Eagles of Death Metal band tell VICE that several people hid in their dressing room during the deadly terrorist attack in Paris last week.

The U.S. band was performing at the Bataclan theater on the night of Nov. 13 when jihadi militants killed 130 people and wounded more than 350 others at several locations in Paris.

Band members Jesse Hughes and Joshua Homme spoke to VICE founder Shane Smith on Friday. Hughes says in a short clip released by HBO that the killers were able to get into the dressing room and killed almost everyone - with the exception of one person who hid under Hughes' leather jacket.

Hughes, with his voice shaking, says a big reason why so many were killed at the theater "is because so many people wouldn't leave their friends."

HBO says the interview will be available at VICE's website next week.