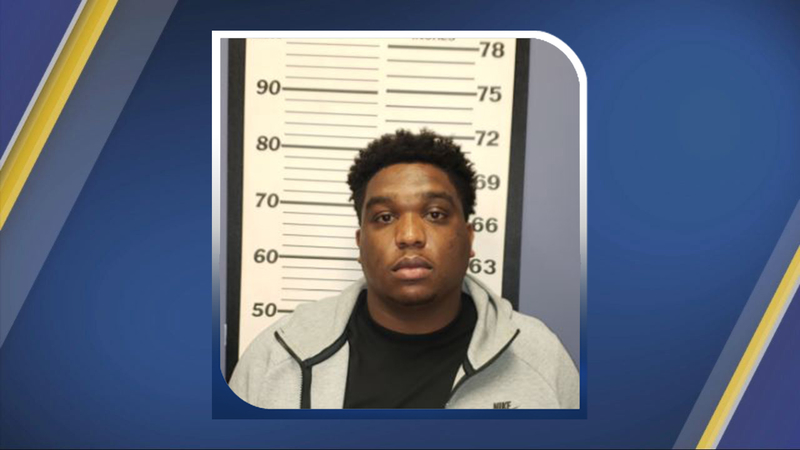 CREEDMOOR, N.C. (WTVD) -- Creedmoor Police announced Thursday that they have made an arrest in the March shooting death of a 29-year-old woman.

Kyree Thames, the boyfriend of the victim, turned himself in September 29 after he was indicted by a grand jury in August.

The deadly incident happened March 13 in the 500 block of Wild Goose Lane. Police officers arrived to find Ebony Burnette suffering from a gunshot wound. Despite lifesaving efforts by officers, Burnette was pronounced dead at the scene.

At the time, Thames and a child were the only other people inside the home.

Thames told investigators that night that Burnette had accidentally shot herself while handling a handgun.

After a months-long investigation assisted by the State Bureau of Investigation, Creedmoor police re-interviewed Thames on August 31, and he allegedly admitted that he had accidentally shot Burnette after he thought he had unloaded the handgun.

On September 24, Thames was indicted for involuntary manslaughter. After his arrest, he posted a $20,000 secured bond and will make a first court appearance December 16.

"While this arrest does not bring Ebony back, we hope it gives the Burnette family some measure of peace and closure," Creedmoor Police Chief Keith King said. "It is only through the tireless efforts of Lt. Ricky Cates and Detective Eugene Harris that we have come to this stage in the case."
Report a correction or typo
Related topics:
creedmoorwake countyarrestindictmentmanslaughterwoman killeddomestic violence
Copyright © 2021 WTVD-TV. All Rights Reserved.
TOP STORIES
In Raleigh, Biden encourages vaccinations, warns about Delta variant
LIVE: Why LGBTQ+ terminology matters: A virtual discussion
At least 3 dead, up to 99 missing in Florida building collapse
'Scary five seconds': Moore Co. resident recounts bobcat attack
Security camera video shows moment of Surfside building collapse
Chapel Hill bar The Library closing just as owner hoped to reopen
UNC Black Student Movement to protest over tenure controversy
Show More
Pet Alert: As dogs roam the yards, snakes may be lurking
What to expect in Derek Chauvin sentencing
Durham man charged in Chapel Hill road rage shooting that injured man
Nonprofit rolls out mobile vaccination units to serve communities
Nearly all COVID deaths in US are now among unvaccinated
More TOP STORIES News