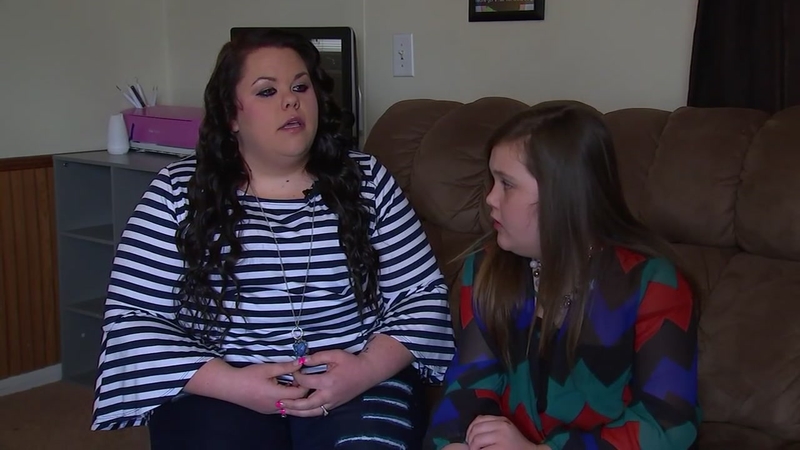 CUMBERLAND COUNTY, N.C. (WTVD) -- A Cumberland County mother is outraged after she says her daughter was fat-shamed by her school bus driver.

Britni Starling said her daughter Nora has been tormented by bullies all year long.

"They say you're ugly and some other stuff," Nora said.

However, on Friday, Starling said what started with a student teasing her daughter, turned into a double team of disrespect.

"The school bus driver said yea if you keep eating that way you're going to end up on 'My 600-Pound Life," said Starling.

She told ABC11 the video confirmed what her daughter said happened. From there she texted the bus driver.

"There is no justification for what you said to my daughter, and I'm sure the kids are bullying her because they see a person in administration like yourself doing it," said Starling.

While middle school is often a time of transition for many students, Nora is dealing with a different type of adjustment- adoption.

Nora and her sister were taken in after years of physical and emotional abuse by their biological parents. Nora is also on medication for Reactive Attachment Disorder and ADHD. Her mom said her medications calm the anxiety but increase her appetite. Starling said the school bus driver was aware of her situation.

"My daughter deserves better. The fact that society has let her down number one by her mom and the school as a whole. If I'm calling and calling the board of education to help my daughter why are you not helping her?" said Starling.

Cumberland County Schools released the following statement to ABC11 in response to the issue:

"We hold all of our employees to high standards. Whenever we receive allegations of inappropriate conduct, we always investigate and take the appropriate action based on our findings. Because of student privacy and personnel laws, we are unable to discuss the details of this investigation." -Lindsay Whitley, CCS Spokesman
Report a correction or typo
Related topics:
educationcumberland countybullyingschoolfat
Copyright © 2021 WTVD-TV. All Rights Reserved.
More Videos
From CNN Newsource affiliates
TOP STORIES