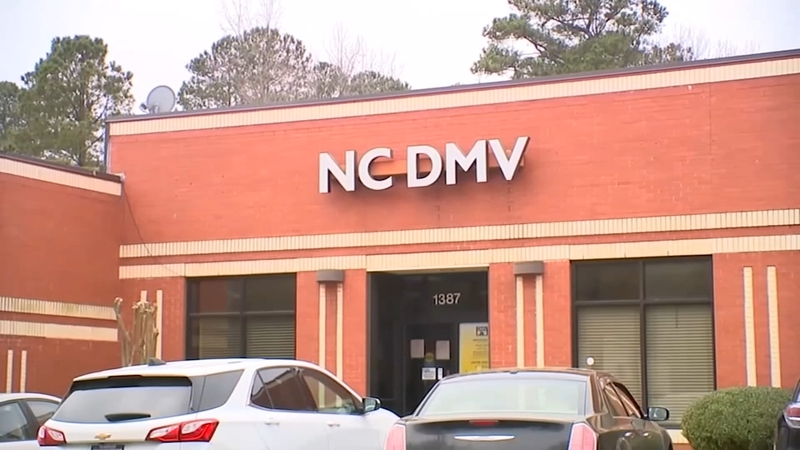 RALEIGH, N.C. (WTVD) -- Many North Carolina teens were snubbed the chance of obtaining their licenses due to the novel coronavirus, but help may soon be on the way after four bills introduced in the General Assembly look to loosen restrictions that are currently in place.

To stop the spread of COVID-19, the state's Division of Motor Vehicles suspended road tests to drivers in mid-March. Since its initial closing, the DMV has yet to release its reopening date.

As first reported by our newsgathering partners at the News & Observer, four bills submitted to the General Assembly by Republicans on Tuesday address teen drivers looking to get behind the wheel.

House Bill 1213 would waive road test requirements for applicants if all requirements are met for the license as well as the consent of a parent or guardian. If passed, the law would expire Sept. 30.

Senate Bill 843 would temporarily waive road test requirements for Level 2 limited provisional licenses, which is available to teens ages 16 and 17 that need to hold their learner's permit for at least a year.

The bill would also provide $200,000 to allow crowded driver's license offices to remain open longer, since there will likely be an increased demand due to the agency's closure.

If passed, the bill would go into effect July 1.

"It acknowledges the real-world scenario that we have that there are kids who have turned 16 during this and it's a big part of life and they can't get their license," said Senator Jim Perry, one of the bill's primary sponsors.

House Bill 1189 would provide accommodations for students that completed at least 20 hours of driver education program between Jan. 2020 and March 2020. Students who have not completed 20 hours of coursework will have to pass a proficiency examination. Student must complete at least six hours of behind-the-wheel instruction before they can be issued a North Carolina Driver Education Completion Certificate. Also included in the bill is a $10 million fund to aid driver education.

Senate Bill 833 would reduce the time teen drivers need to wait before upgrading from the limited learner's permit to provisional drivers licenses.