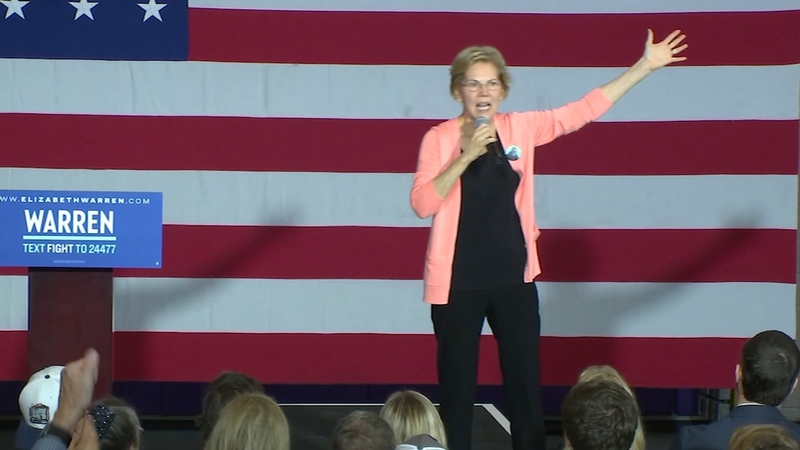 Warren spoke in front of a packed house at Broughton High School in Raleigh.

Lines have formed outside @BroughtonHS in advance of apprearance by @ewarren #abc11 #Vote2020 pic.twitter.com/qn6w4tar0R

Warren told a lot about her middle-class upbringing in Oklahoma and how a minimum wage job saved her family.

Senator Warren's staff said more than 3500 turned out tonight for the event.

"She is just inspirational, watching her just stand up against not only big corrupt companies but standing up against something that's traditionally a men's club is really inspiring," said Emily Lambeth, a graduate student in engineering.

During the event, Senator Warren also got a huge endorsement from Representative Ayanna Pressley, one of the women elected to Congress in the last midterms.

Now we’re inside @BroughtonHS where people have gathered 90 minutes before @ewarren is supposed to be here. #abc11 pic.twitter.com/M8TMyTknOf

In the past three months, the Triangle area was visited by Joe Biden, Bernie Sanders and Kamala Harris.