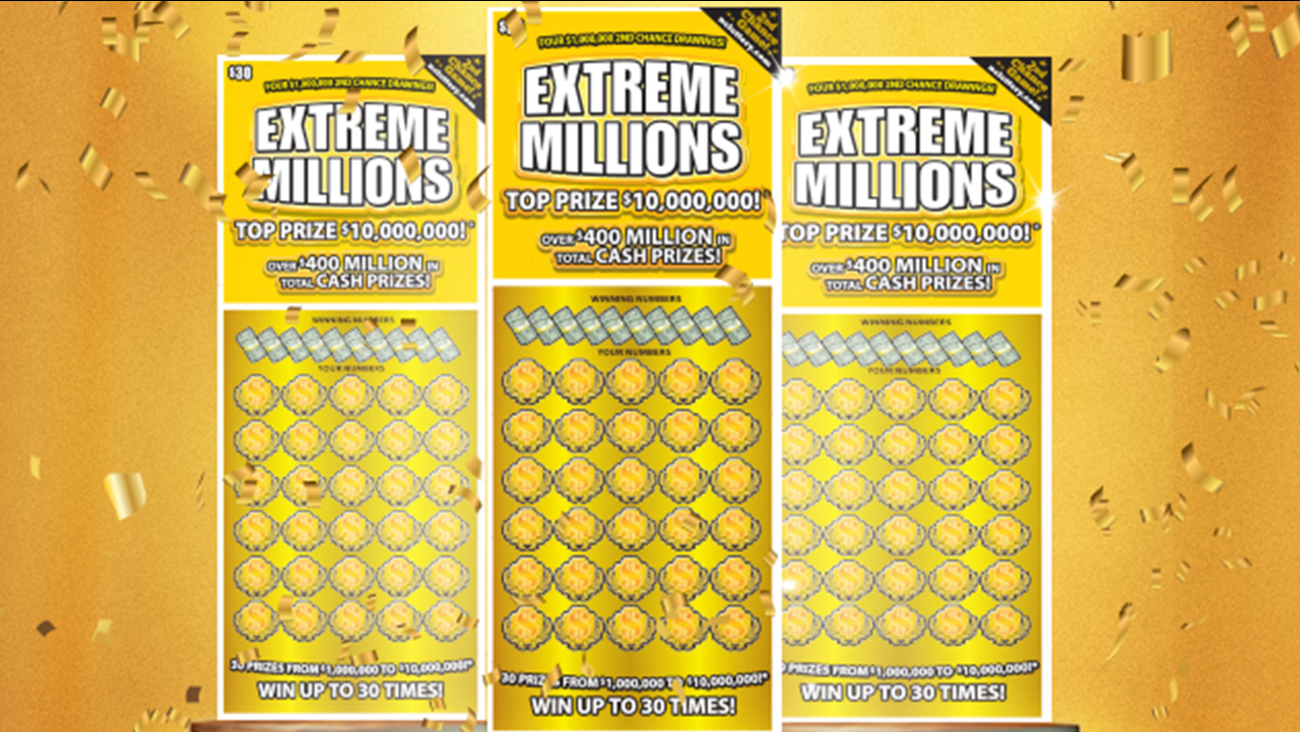 RALEIGH (WTVD) -- A Dunn woman is celebrating after winning $1 million in the Extreme Millions scratch-off game.

Frances Perry bought her $30 ticket at the Phill's Quick Stop on Dunn-Erwin Road in Dunn.

She claimed her prize money on Monday - a lump sum of $600,000; she said she's thankful for her good forune.

One of the $10 million prizes was claimed in the beginning of October by a High Point veteran.