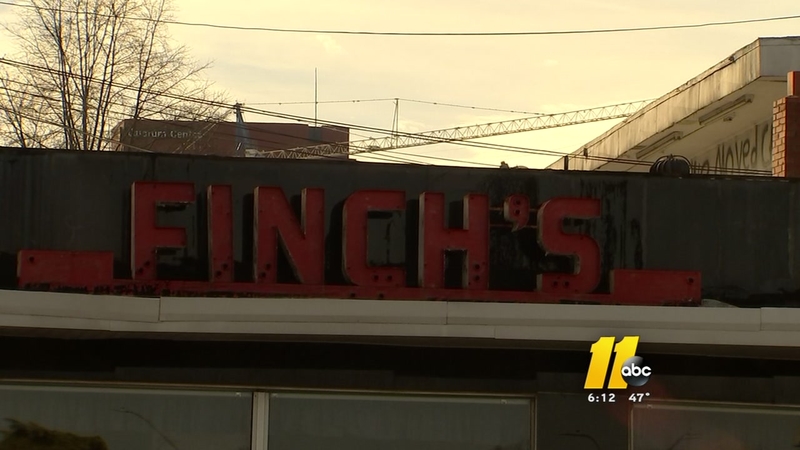 RALEIGH (WTVD) -- Finch's Family Restaurant enters a home stretch with the arrival of 2017. The business, in Raleigh for more than seven decades, is open weekends only for the next few weeks while preparing for a move to Durham.

Laura Hollenbach, one of many Finch's fans who filled seats there on Saturday morning, is originally from California. She and her husband moved to North Carolina recently and became Finch's regulars.

The end is near for Finch's restaurant in Raleigh, due to work on a new bridge and plans for high rise apts. Closing date: 1/15/2017 #abc11 pic.twitter.com/V8oeS2eK6T

"Oh! Biscuits and gravy," she said with a smile when asked about her New Year's Eve breakfast choice. "It was so good!"

Longtime patrons like Donna Chappelo agree with her opinion of Finch's. She describes the diners and workers as good country folk.

"You feel at home. I worked for the state a lot of years," she said. "And used to eat lunch here every day. Very convenient!"

Finch's location is the reason why the end is near in for its downtown Raleigh location. A short stroll away is the Peace Street Bridge at Capitol Boulevard, slated for replacement with a new one in 2017. Around the corner, the Southland Ballroom is scheduled for demolition as a developer plans high-rise apartments for the area near Glenwood Avenue.

Peggy Jin, who runs Finch's, stayed busy over a grill full of breakfast Saturday as she talked about the need to relocate.

They'll serve the last meal in Raleigh on January 15, but Finch's fans need not despair. They'll still get the good food, just in a different location.

Chappelo said, "I hate to see 'em move! But I'm sure that we'll probably follow them over there."

"I work in Durham, so that's all good! Yep! That'll be good for me but not for him," referring to her husband Justin. "He doesn't work in Durham!"

After decades of dining in Raleigh, will other fans follow Hollenback's example?

"I hope so! It's a little distant," Peggy Jin told us. "I will try to make it good, worth the trouble."