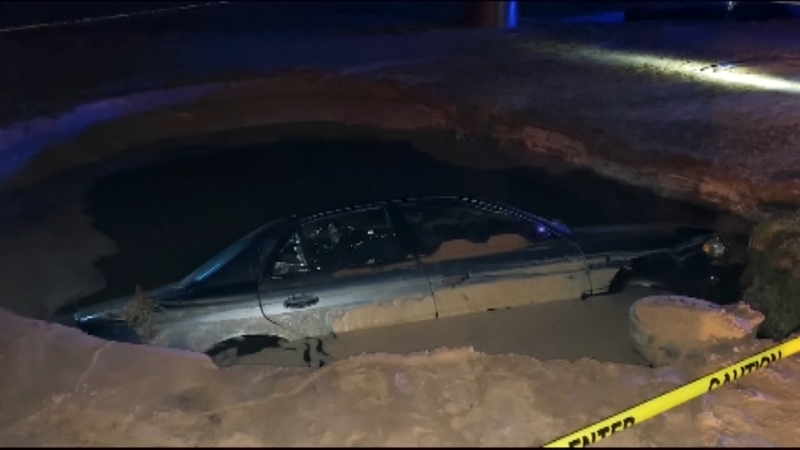 SUMMERFIELD, Fla. -- Florida police said a woman nearly drowned after drunkenly crashing her car into a fire hydrant causing the spewing water to create a giant hole that swallowed up her car.

Deputies tell WESH-TV when 21-year-old Alexandrea Runyon smashed into the fire hydrant on US-441 in Summerfield in Marion County, water started gushing so fast that it sucked Runyon and her car right down into the watery abyss.

That's when a woman and her adult son tried to help.

But in the process, the hole opened up even more and took the man's mother down with it, as well.

The man then tried to save both his mother and the 21-year-old, but said Runyon wasn't helping at all.

"And I pulled her away from the door, and she grabs on it again and I was like, you got to let go of that (expletive) door right now because, if my mother dies, you're going to be in big (expletive) trouble," the man can be heard saying on bodycam video.

When deputies and firefighters arrived, they found both women clutching onto the car like they were dangling off a cliff.

"I was hanging on for dear life trying, you know, just hanging on to it," the man's mother said.