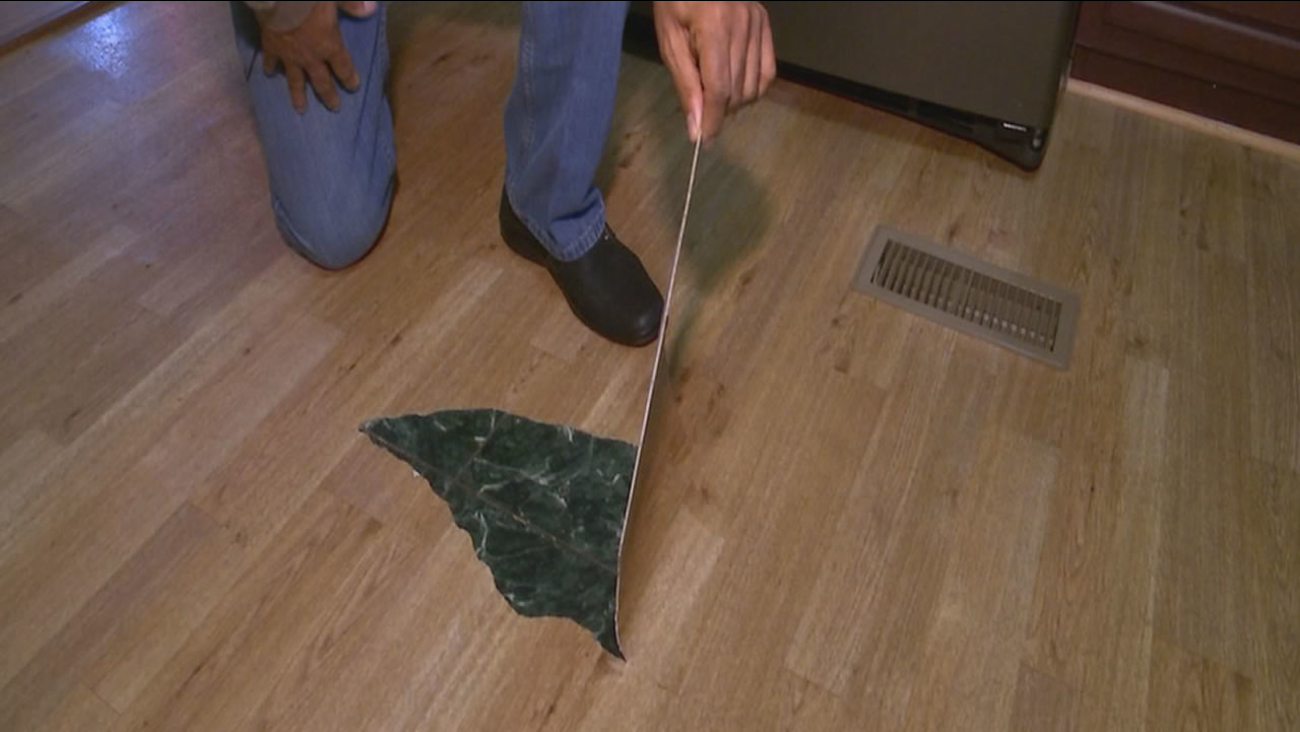 The flooring was ripped.

STANTONSBURG, NC (WTVD) -- You wouldn't expect a delivery crew to cause damage to your home, but for one local couple, that's exactly what they say happened.

Russell Waters bought all new appliances for him and his wife's kitchen, but while the refrigerator was being delivered into their home, the crew caused damage.

"A tear where the refrigerator had snagged it as they were pushing it, they ripped the floor up," Russell said.

There wasn't just one tear in their linoleum floor, but two.

"Right here where we attempted to glue it so my grandkids wouldn't trip over it," he said.

Russell said as soon as the crew from Badcock Home Furniture & More did the damage, they took responsibility.

"He took pictures of the damage and signed the receipt saying they have damaged the floors and everything was supposed to be OK," he said.

Russell got an estimate of $1,551 to replace the floor.

"They offered us $400 which was hilarious which that wouldn't even cover the cost of the material let alone the labor to get it done," Russell said.

Russell said he was told Badcock would turn it over to their insurance company.

"We waited almost two and a half months waiting for them to do it," he said. "My wife said let's call Diane Wilson."

I got in touch with Badcock.

And a week after that, Russell said he got a check for $1,551, the total cost to replace his linoleum floor.

"So happy we contacted you, because it seems like your name covers a big heavy weight, the moment they got that call I never seen anyone move so swiftly getting something done," Russell said.

The best advice, keep documentation of everything if you encounter a similar situation. Also, watch the crew while they deliver items to your home. If damage is done, make sure it's documented by that crew.