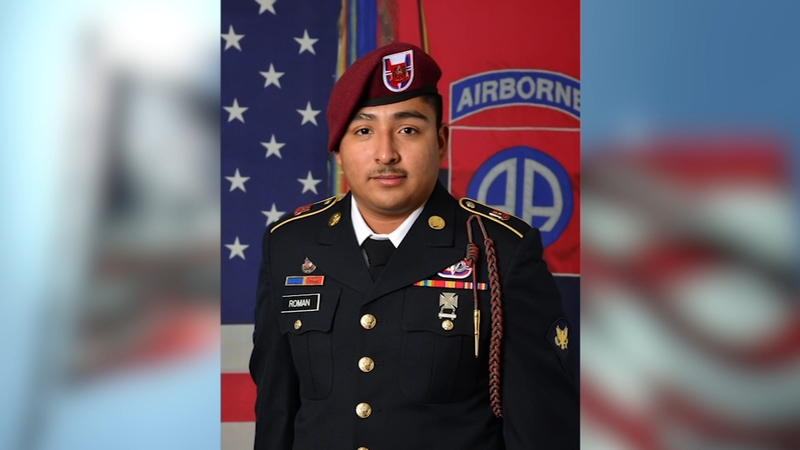 CAPE LOOKOUT, N.C. (WTVD) -- Dive teams are searching along the Outer Banks for evidence in the killing of a Fort Bragg paratrooper.

Specialist Enrique Roman-Martinez, 21, was last seen going on a camping trip with seven fellow soldiers stationed at Fort Bragg--six men and a woman-- over the Memorial Day Weekend.

The group made a 911 call Saturday, May 23 around 7 p.m. They said it was about 19 hours after they last saw Roman-Martinez.

His severed head washed ashore May 29 in the area where the tides have washed up other remains in years past, according to a U.S. Army Criminal Investigation Command spokesperson.

Special agents from the U.S. Army Criminal Investigation Command along with FBI Evidence Recovery and Dive Teams are working in the area to try and gather clues to help in the homicide investigation, the 82nd Airborne Division said Thursday.

A $25,000 reward is available for anyone with credible evidence leading to the apprehension and conviction of the person(s) responsible for Roman-Martinez's death.

Roman-Martinez's family is from California. They said they could accept him dying for his country, but that is not what happened here.

It was an emotional evening for relatives and friends attending a vigil in Chino for Enrique Roman-Martinez. Martinez, an army paratrooper serving in the 82nd Airborne Division, was murdered during a Memorial Day camping trip.