A 911 call is only adding to the mystery of what happened to a paratrooper whose dismembered body was found after he went on a camping trip in North Carolina.
KABC
By Jessica De Nova 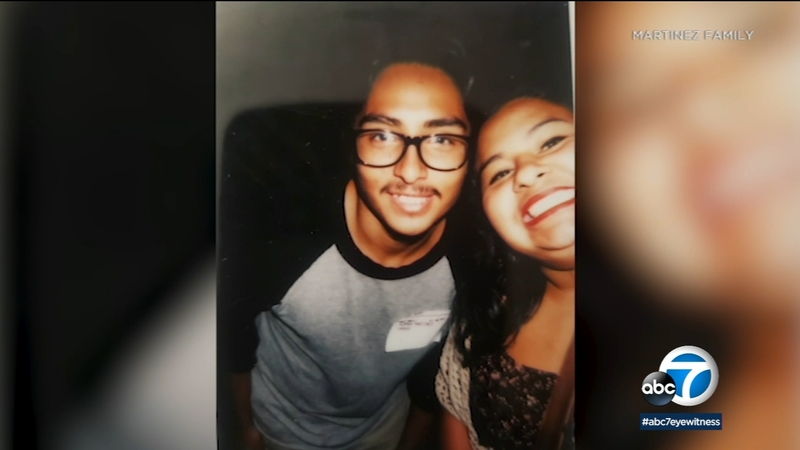 CHINO, Calif. -- The mystery is deepening in the case of a Fort Bragg soldier whose dismembered body was found after he went on a camping trip in North Carolina.

Specialist Enrique Roman-Martinez, 21, disappeared while camping with fellow soldiers over Memorial Day Weekend on South Core Banks, an island off the coast of North Carolina.

Desperate to know what happened to him, his mother and sister recently visited the place where the Army paratrooper was last seen alive.

Park rangers say the national park was busy over the holiday.

"It's safe to assume that there were hundreds of vehicles and thousands of visitors out on the island over the course of that weekend," said park ranger Nate Toering.

The narrow 26-mile long island is not an easy place to go missing, Toering says. The geography makes it difficult to get lost for an extended period of time unless they are experiencing some other problem, he said.

A recording of the 911 call made around 7 p.m. on Saturday, May 23, indicates that his friends were concerned after they could not locate Roman-Martinez.

A person in the group tells the dispatcher they saw him walk away wearing only blue shorts around midnight - roughly 19 hours before the call.

"When we woke up he was not here and we've been looking for him all day," the caller reports.

A family from Chino is demanding justice in the killing of their loved one, a Fort Bragg paratrooper who went missing on a camping trip.

Toering confirms two rangers in uniform and marked vehicles made contact with the group between 1 p.m. and 2 p.m. Saturday, asking them to move their illegally parked vehicles.

"And at no point during that interaction did anybody from the group mention a missing person," he said.

The caller goes on to say the group is worried Specialist Roman Martinez was suicidal.

"We might be afraid that he might've hurt himself but we're really not sure," the caller said.

"He wasn't diagnosed but he did have suicidal tendencies."

His older sister says her conversations with her brother changed over the last year.

"He started saying that he didn't want to be there he just wanted to come home," Griselda Martinez said.

But he also had a lot to look forward to. The end of his term in the service was less than a year away.

The Army announced on May 29 that partial remains had washed up onto the shore of Shackleford Banks near the campsite. They were identified a week later as those of the missing soldier. His death was ruled a homicide.