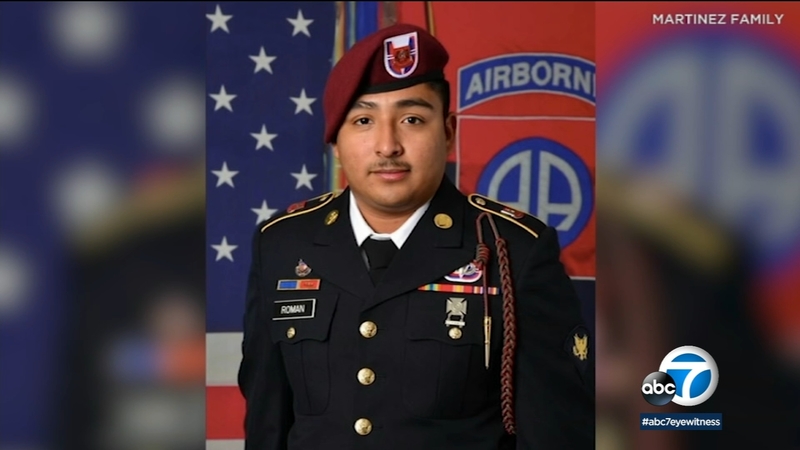 Soldier from Chino killed, dismembered while on camping trip

CHINO, Calif. -- A family is demanding justice in the killing of their loved one, a Fort Bragg paratrooper whose remains were found after he went missing on a Memorial Day weekend camping trip.

It wasn't what they wanted for the youngest of their family, but family knew Enrique Roman-Martinez had made up his mind: At 17 years of age, he joined the Army.

"He felt like it was going to make him a better man. He knew he lagged, and he wanted to go, so he could learn discipline, responsibility," said his sister Griselda Martinez in an exclusive interview with our sister station ABC7.

Maria Guadalupe Martinez says the recruiter promised they would care for her son, but she says it wasn't so.

The paratrooper with the 82nd Airborne Division was killed, according to a press release from the U.S. Army.

Spc. Roman-Martinez's sister shot a video in the Outer Banks off the coast of North Carolina where investigators say her brother was last seen - a campsite near Mile Marker 46 on South Core Banks.

Roman-Martinez was part of a group camping there over Memorial Day weekend. Investigators tell Griselda Martinez her little brother was with six other men and a woman all stationed at Fort Bragg.

Dispatcher: And when was the last time you saw him?

Caller: So we all went to bed at 12:03. That's when we all decided to go to bed and that is the last time we saw him.

The caller said Roman-Martinez was just wearing blue shorts when they last saw him.

Martinez was shocked to hear her brother would walk away in just shorts, leaving everything behind.

On May 29, the Army announced partial remains washed up on Shackleford Banks, near the campsite. One week later, dental records confirmed the dismembered body was that of the missing soldier.

In a statement, a spokesman with Fort Bragg says Spc. Roman-Martinez is mourned by his fellow soldiers.

"He served his Nation honorably, and we are absolutely saddened by his loss and our hearts go out to his family, friends, and fellow Paratroopers," the statement said.

With only memories of her son of their last phone call on Mother's Day, the heartbroken mother accepts her son wanted to fight for his country. He said if he died, it would be for that.

But his mother said he didn't die for that cause.
EMBED More News Videos

Will the president be able to give more information about Vanessa Guillen's murder? This is what he said.