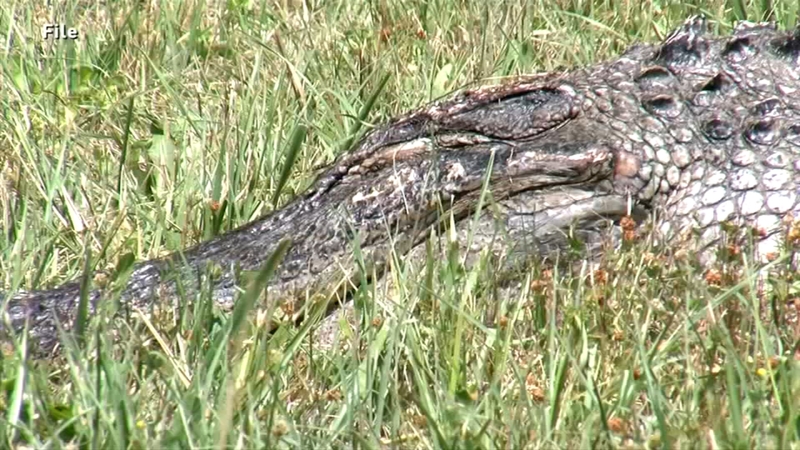 MOUNT PLEASANT, S.C. -- A routine walk around the neighborhood turned into a near tragedy for a South Carolina man.

ABC-affiliate WCIV said Bruce Savage knew about the gators in the neighborhood when he took his dog Hanna out for her daily walk.

"It's kind of a thing in the neighborhood, can you spot the gators," Savage said.

But all of a sudden one morning, Hanna was gone.

A wildlife camera captured a man in Florida saving his small puppy from the mouth of an alligator.

"I got up and when I looked down into the pond, it was the retractable leash in the pond, no dog," Savage said.

An alligator had grabbed Hanna and bit off her tail. While Savage managed to wrangle his dog from the gator, he got cut up from the gravel around the pond.

WCIV reports there have been three fatal gator encounters recorded in South Carolina since 2016. But the Department of Natural Resources told the station it has seen an increase in injuries in recent years, particularly in the spring and summer.

A representative for the department said because people are developing more homes in gator habitats in the coastal region, attacks are increasing.

Authorities weren't able to find the gator that attacked Hanna, but in the meantime, Savage said they'll stay away from the pond.

"I just don't think it's smart to walk along there, and I don't think Hanna will ever go there again," Savage said.