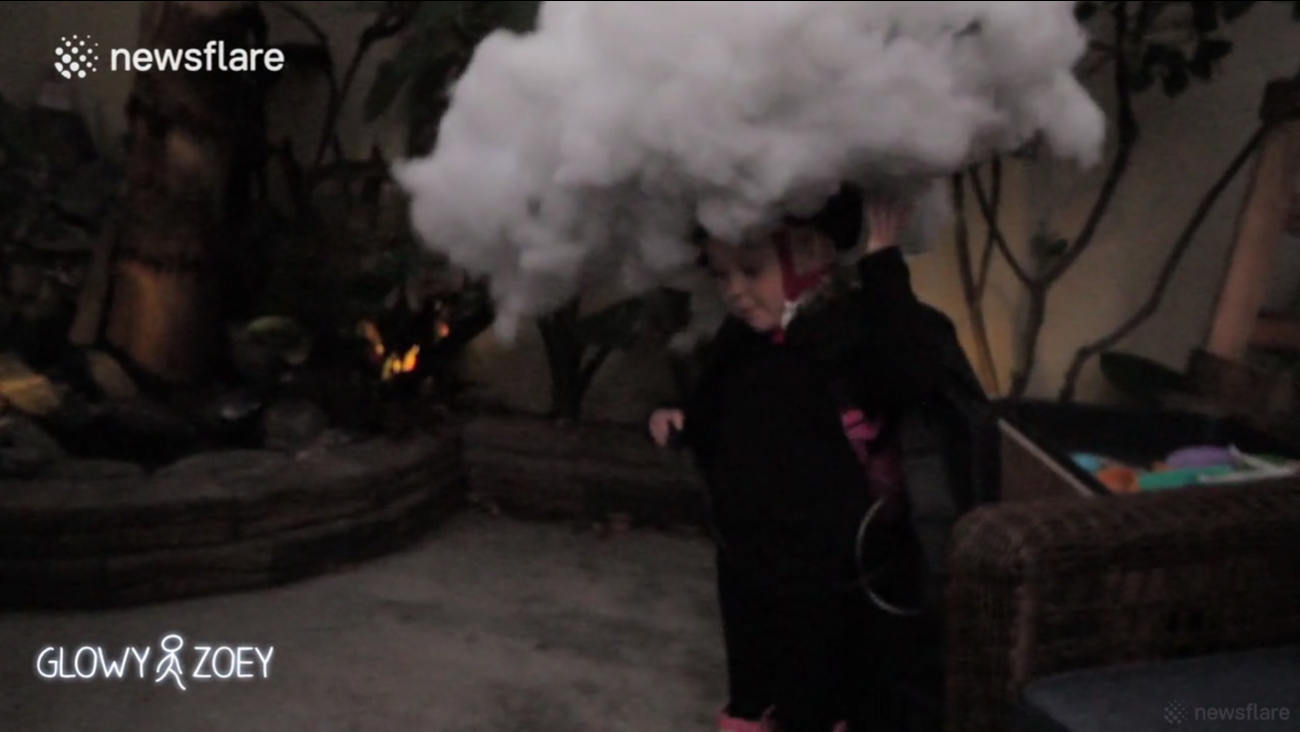 The forecast for this Halloween costume is cloudy with a chance of awesome. The dad behind the viral "Glowy Zoey" costumes is back with a new Halloween offering that comes with some topical humor -- an El Nino outfit, complete with real rain at the click of a button.

The potential for El Nino bringing record storms this winter is hot topic for Californians, so Royce Hutain said it was an easy choice for a Halloween costume. According to his description on YouTube, he used non-flammable polyfill for the cloud and then added 98 LEDs and a washer fluid pump connected to a water bottle to make it rain on command.

Hutain has gained Internet celebrity over the past couple of years for the LED costumes he creates for his daughter Zoey. The original 2013 "Glowy Zoey" was a simple stick figure, but last year, he won over Disney fans with a video of Zoey visiting Disneyland in her glowy Minnie Mouse costume.

While the El Nino costume might be a humorous hit with weather watchers, Hutain wrote that Zoey is going with a more conventional costume this year -- a princess. Of course, being that she's Glowy Zoey, her dad has modified her Elsa costume to include 250 LEDs.