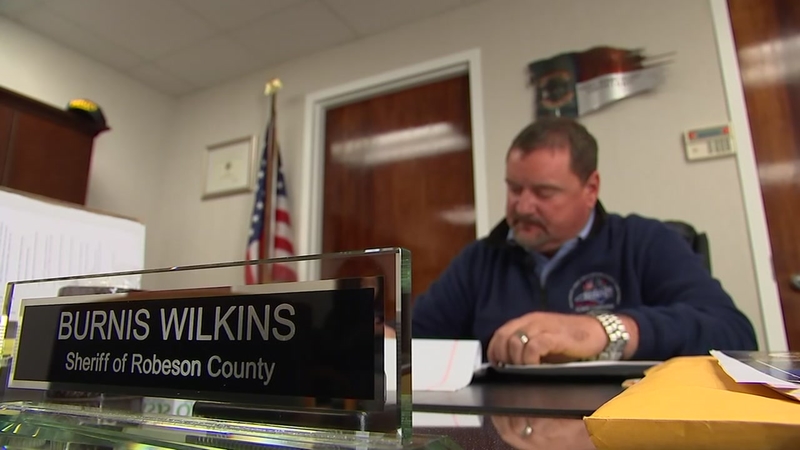 Branch identified the deputies as Anthony Thompson, who runs the jail, and Darryl McPhatter, a detective with the criminal investigations unit.

Robeson County District Attorney Johnson Britt said McLellan should have been behind bars in 2018 and never had a chance to harm Aguilar.

Britt said in 2017 DNA from the 2016 rape kit named McLellan as a possible match. Britt said the Robeson County Sheriff's Office was notified.

Now, two Robeson County deputies are suspended. The sheriff's office has not officially commented on the exact circumstances surrounding the suspensions.

NEW AT 6: The family of Hania Aguilar in court today. Murder suspect, Michael Ray McLellan was not. I’ll explain why, plus the major shakeup in the Robeson County Sheriffs Office amid an internal investigation. #abc11 pic.twitter.com/aGLfS3Ls9J

McClellan was not at his court appearance Friday, but a judge granted his attorney's request for more time to review the evidence. For safety reasons, McClellen has been moved to Central Prison in Raleigh.
Report a correction or typo
Related topics:
robbinslumbertonncrapemurderpolice officer suspendedchild killeddnainvestigationhania aguilar
Copyright © 2021 WTVD-TV. All Rights Reserved.
TOP STORIES
Cooper urges NC businesses to make workers mask up or get vaccinated
Heat Advisory issued for central NC on Friday
Detroit Pistons take Cade Cunningham first in the NBA Draft
Federal workers required to get vaccinated; military may be next
SPONSORED: Big Weather's Big Recipe: Tiramisu Cheesecake Dessert
Fayetteville couple says broken wedding venue A/C was 'unbearable'
Show More
Teen bitten by what is believed to be a shark at Wrightsville Beach
Vet tech shortage could spell trouble in pet emergencies
Johnston County school board makes masks optional for students, staff
As COVID cases increase, demand for testing also going up in Triangle
Dozens of COVID-19 cases across the US linked to NC summer camp
More TOP STORIES News