Partygoer at Missouri's Lake of Ozarks tests positive for COVID-19 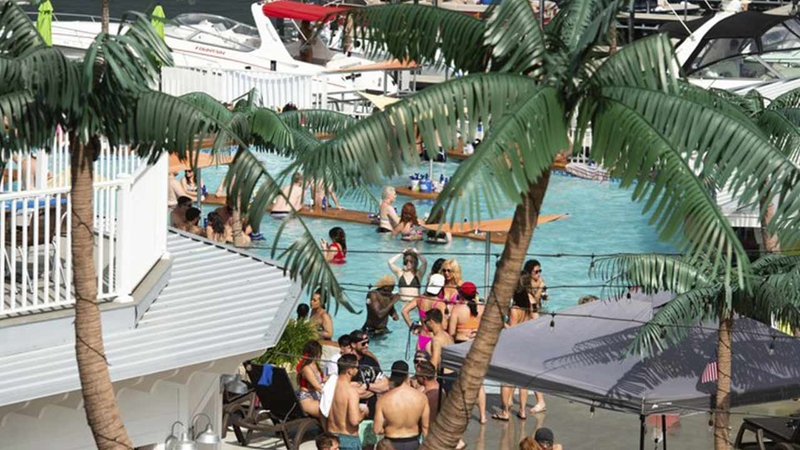 OSAGE BEACH, Missouri -- Health officials said Friday that they were seeking to "inform mass numbers of unknown people" after a person who attended crowded pool parties over Memorial Day weekend at Missouri's Lake of the Ozarks tested positive for COVID-19.

Camden County Health Department said in a release that the resident of Boone County in mid-Missouri tested positive on Sunday after arriving at the lake area a day earlier.

Officials said there have been no reported cases of the virus linked to coronavirus in residents of Camden County, where the parties seen in videos and photos posted on social media took place.

Because "mass numbers of unknown people" need to be notified, the officials released a brief timeline of the person's whereabouts last weekend, including stops at a bar called Backwater Jacks, a bar and restaurant that has a pool, as well as a dining and pool venue called Shady Gators and Lazy Gators.