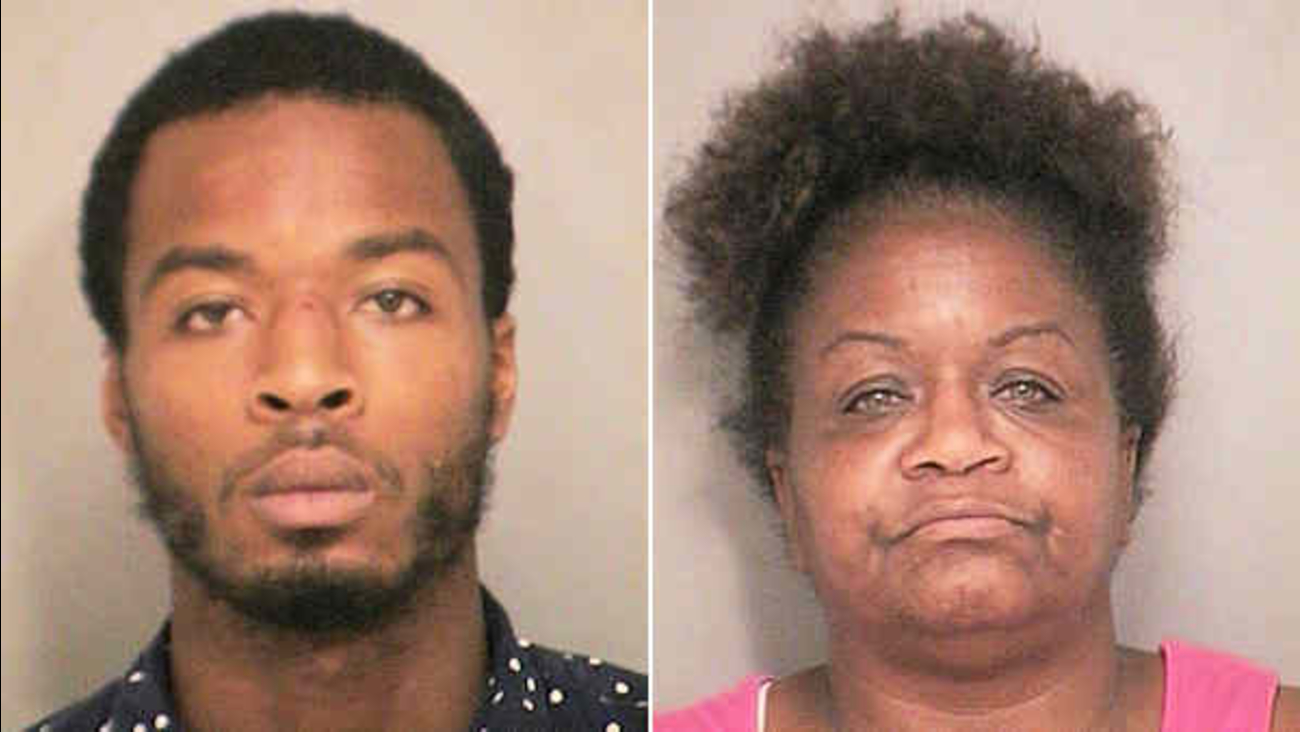 ROCKVILLE CENTRE -- Two people are in custody and facing charges after police say a Long Island mother was held hostage for five days by the father of her son before managing to escape.

The boy's grandmother is also under arrest. 51-year old Yolanda Gilreath, a mother of six, denied any crimes Tuesday, much less a horrific kidnapping and torture scheme planned out with her 20-year old son Malachi Blaylock.

The alleged victim was the mother of Gilreath's 11-month old grandson. ("Did you help kidnap your daughter-in-law?", we asked Gilreath.) "She wasn't kidnapped, she was walking through the village of Hempstead," she said.

But Nassau police tell a much different story. They say Gilreath lured the mother of her grandchild to her apartment in Rockville Center on July 20th, and what happened over the next five days, they say, was terrifying.

"It was a horrible experience, she was beaten repeatedly throughout the five days," said Nassau County Police Inspector Kenneth Lack. "She was strangled, she had injuries all over her body, contusions, lacerations. She was beaten with an electrical cord. She was stabbed in the hand with scissors."

In court Tuesday, Blaylock's sister insisted her mother has no criminal background and lured no one to her home.

"My mother had nothing to do with this at all, at all," she said. She also tried to address the allegations that her brother stabbed, drugged and starved the mother of his child, saying "like I said, he didn't stab her or knock her in the head with no gun."

Blaylock's defense attorney also left trying to explain why his client stormed out of court, even sarcastically asking the judge to increase his bail. "When you're falsely accused sometimes that happens and that's what happened. It was because he's angry because he's falsely accused," said attorney Oscar Holt.

According to detectives, the 20-year-old victim and her 11-month-old son arrived at the Old Mill Court apartment of Gilreath, around 1 p.m. that Monday for a visit.

There, she was met at the door by Blaylock, whom she has an order of protection against.

Over the course of the next five days, authorities say the victim was held against her will while being beaten, stabbed in the hand with a pair of scissors and threatened with a gun.

She attempted to flee the home numerous times, only to be restrained by the defendant each time, police said.

Then, on Wednesday, July 22, police say Gilreath and Blaylock transported the victim and child to a house in Hempstead, where she was again held against her will. She stayed there until late Friday evening, when she was able to contact her mother, who responded to the home and took the victim to a hospital for treatment of her injuries.