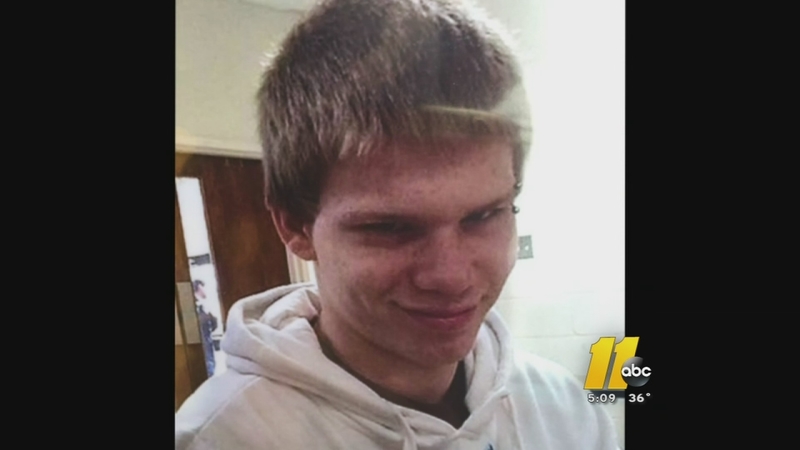 BROADWAY (WTVD) -- Kyle Strait and his friends were enjoying "the usual" during the long holiday weekend -- video games, junk food and whatever the teens could find around the Strait house to keep them occupied.

When the 16-year-old told his dad he was headed to the gas station with four other friends Saturday night, it was nothing out of the ordinary. They just wanted some good candy. It was a short walk past McNeill Mill Road.

"The last thing I said was 'Please be careful and come straight home,' " recalled Jerome Matthews of his conversation with his son. "So Kyle laughed and said 'okay Dad, you know me, I'll be back.' "

Instead, Matthews heard the sirens pass their Highway 421 home, and he got the call that had him racing out of the house in his pajamas. Kyle, less than a half mile from the house, was dead. So was 13-year-old Jennafer Schark. Their 14-year-old friend Steven Daniels had been injured. Jennafer's older sister Jessyka, and a fifth friend had witnessed it all, and the driver who plowed into the group kept speeding away.

"I walked around and I saw Kyle right before they covered him, and it broke my heart," Matthews cried.

At the same time, Strait's mother was in the hospital recovering from a heart attack she'd had Saturday morning. She awoke Sunday, and got the news that her fun-loving, daredevil son was dead.

"I was good until about 3:30 Monday morning when the Valium (wore) off and I woke up in tears 'cause that's when it finally had hit," Heidi Hayden said Wednesday afternoon.

The feelings that followed remain with Hayden.

"Anger, anger. A lot of hurt," she said. "And when I found out the driver didn't stop -- was just unbelievable. I don't know how they're living with themselves."

Hayden, Matthews and the parents of all the youngsters involved are pleading for the public's help four days after the fatal accident that rocked the Western Harnett School District.

Authorities are still searching for the driver behind the accident. At this point, the only clues are what the surviving teens can remember -- a white pickup with a loud exhaust pipe -- and a single headlight found near the accident site.

That headlight may or may not belong to the mystery driver, authorities have told the parents. It belongs to a GMC, Tahoe or a small truck.

Kyle, whom family members described as fun-loving and a dare devil with an infectious smile, will be eulogized Thursday afternoon. His family will take his body to Pennsylvania where he'll be buried next to his grandmother.

HOW TO HELP: GoFundMe Page for Kyle Strait

"I don't sleep at night because I think about this all the time," cried Matthews. "The more I go over this, the angrier I get. I just want him. I want the person that did this to my family."

Teddy bears and flowers mark the spot where the teens lost their lives or witnessed the horror. The families continue to try to process what happened as they send one message to the driver.

"So I say to the ones that done this, justice will be served," Matthews said. "You will get what's coming to you."

"Don't think you'll get away with this," Hayden said. "Because I won't rest until you get caught."