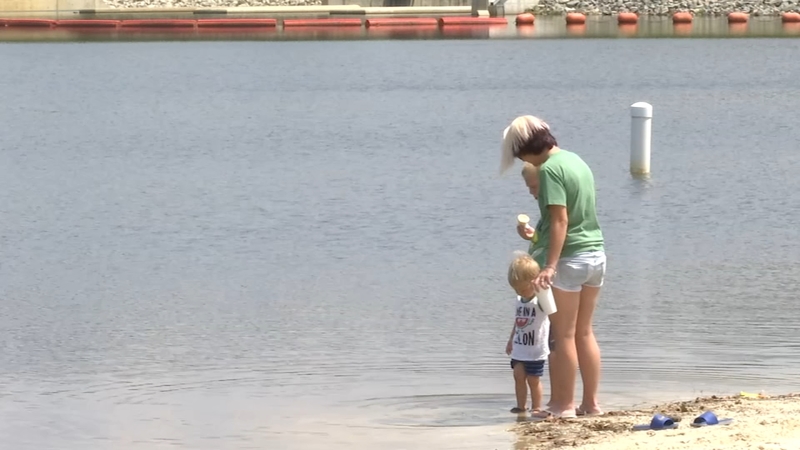 "This park has always been, historically, has been the center of the town. Has been where all the family activities take place," Warner said.

A three-phase project that was created in 2017 is still underway. Warner said a previous board of commissioners paid Charlotte-based engineer firm WithersRavenel $45,000 to develop a design plan for the park.

Since then, portions of phases one and two have been completed. The additions include: a fishing pier, a kayak launch, ADA ramp that leads to the lake, construction of the bulkhead, and a portion of a boardwalk near the pier.

However, city officials have scrapped some other plans such as extending the boardwalk across more parts of the lake and adding picnic benches to areas of the park.

Warner said the changes go against the approval given to the original plan.

"The final plan was approved by all those different groups, and that's what we should've moved forward with," Warner said.

Warner said board members are looking to place their focus and study on the Heritage Park project.

In regard to paying for the boardwalk project, Warner said the town could apply for and hopefully be eligible for some grants.

"We paid to have the plan done and we should have kept it. None of us are engineers or architects," Warner said.

The mayor said she is happy with the changes to the park but would like to see the original vision come to fruition.