On average, there is one shooting every five hours or one incident every 4 hours and 48 minutes, according to data.
WTVD
By Maggie Green and Samantha Kummerer 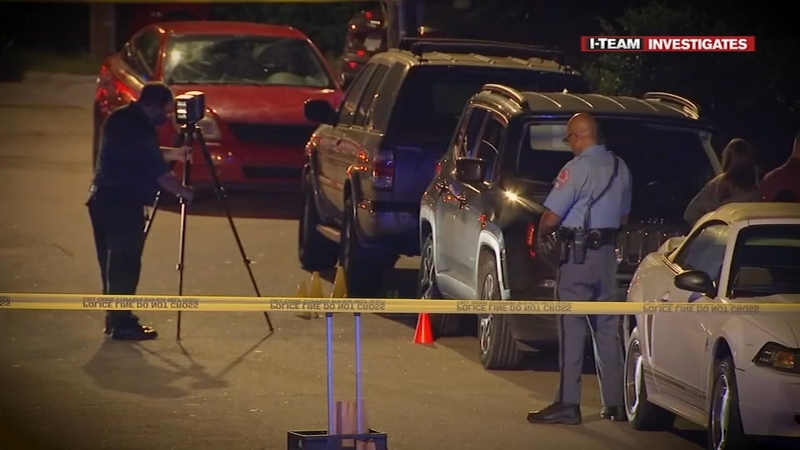 RALEIGH, N.C. (WTVD) -- One bullet is all it takes to cause irreparable harm.

"You not only affected our family, but the shooter - their family has to deal with what he did," Michelle Debnam, a grieving aunt whose nephew was shot and killed in Raleigh, lamented to ABC11. "Why is it the first thing someone thinks about is picking up a gun to resolve your issues?"

Charlie Debnam died from a gunshot wound on July 31. According to police, Debnam was caught in the crossfire after shopping at a convenience store. The 31 year-old singer and musician was one of Raleigh's greatest role models.

"My nephew was not in gangs. He wasn't selling drugs on the street," Michelle Debnam says of her nephew, known as "CC" to friends and famiy. "He had been volunteering all day with the Helping Hand Mission. He went across the street to get some Gatorade because he was working hard all day. Then you come out of the store and get caught in the crossfire of senseless gunfire. It breaks my heart. It's just too much. When is the number going to be too high? To me, one is high enough?"

The numbers across the state are staggering: since Memorial Day, at least 420 shootings have killed 184 people and injured 305 others, according to data from the Gun Violence Archive and analyzed by the ABC11 I-Team. The 420 incidents mean there has been an average of five such shootings daily, or one incident every 4 hours and 48 minutes.

Sunday was the most common day of the week for gun violence (67 incidents), followed closely by Saturday (65). The most violent day was Sunday, June 27 with 14 victims of 8 incidents. Monday, June 14 had the most number of incidents (11).

"I think it's an outgrowth of COVID," Attorney General Josh Stein explained to ABC11. "COVID leads to isolation, depression, job loss, anxiety. These are functions of social problems. We're seeing people disconnected from their normal lives."

"We have to do everything we can to interrupt the violence. That means supporting programs that are evidence-based and proven to help communities to break that cycle of vengeance."

Last year, the Attorney General was one of the co-leaders of Governor Roy Cooper's Task Force for Racial Equity in Criminal Justice, which produced an omnibus report featuring 125 proposals and recommendations that members hope will lead to meaningful changes in law enforcement and the court system.

Some of those proposals made their way into a criminal justice reform bill passed by the General Assembly and awaiting the Governor's signature. Among many other provisions, Senate Bill 300 for the first time would put a series of checks and balances on police conduct.