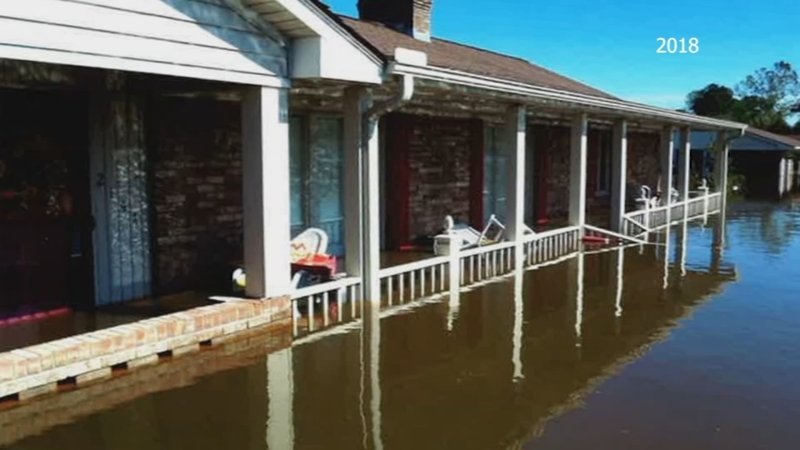 GOLDSBORO, N.C. (WTVD) -- It's been one of the longest battles that Leamon Capps said he had to fight, but it's a struggle that is finally over nearly four years after it started.

In 2018, ABC11 first told you about Capps' fight to get his Hurricane Matthew relief funds that he was promised after the storm destroyed his home in 2016.

There was so much damage to Capps' home that Wayne County and federal officials told Capps if he wanted to repair his home, he would have to raise the entire structure at least two feet above the flood line -- a project Capps said would cost hundreds of thousands of dollars.

"We didn't want to give it up, but we have to push it down 'cause I can't repair it," he said.

In August 2017, Capps was approved to receive federal funds related to Hurricane Matthew relief efforts to pay for the demolition. Despite being approved, the relief money didn't come. Capps had to wait for Wayne County to take ownership of the home and the county would then demolish it.

Meanwhile, Capps continued to pay out of pocket on a home he couldn't live in.

"County tax, homeowners, and flood insurance and keep it on it for three and a half years," Capps said. "What a waste of money; like $15,000 I threw out the window, with no recovery."

The state told ABC11 that it worked as quickly as it could to get the federal relief money to the county. Once the county had the funds, it still took time.

Nearly four years after Hurricane Matthew took so much from Capps, he finally got his $168,000 for selling his home to Wayne County. And though he got his money and rebuilt on higher ground behind where his flooded home sits, he now has to wait for the county to demolish the flooded home.

He's hoping that it doesn't take as long as it did for him to get his relief money.