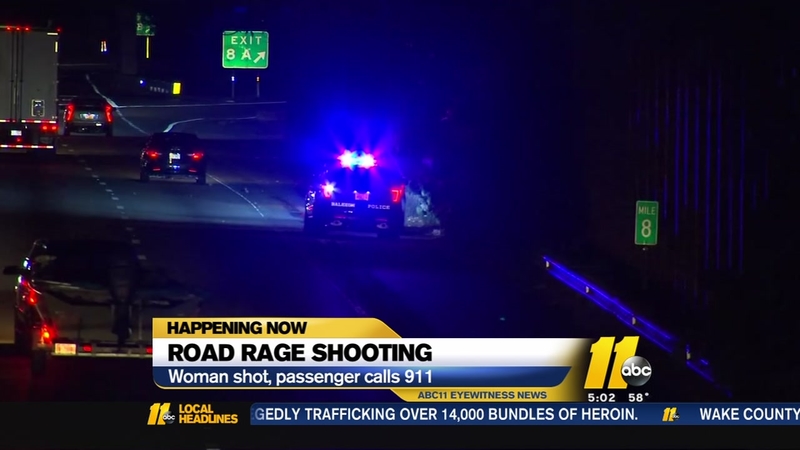 RALEIGH, North Carolina (WTVD) -- Raleigh police are still looking for the person(s) responsible for an apparent road-rage shooting on I-440 East between Glenwood Avenue and Six Forks Rd on Friday night.

Around 8 p.m., 22-year-old Alexus Thomas was shot at least once in the lower part of her body, police said, adding that there were multiple bullet holes in the driver side door.

A chilling 911 call shows the terror the victims faced during the incident.

Thomas was taken to WakeMed with non-life-threatening injuries.

Police think the incident happened when Thomas accidentally cut off another driver, who became irate.

"This guy ... he was punching on his, he was, he had his brights on," the woman explained in the 911 call. " And then he started going crazy, and we started getting on the interstate and he was like (expletive) I don't care."

The suspect, who police believe is a white male, was reportedly driving a silver BMW. Officers said there was a white female passenger in the car as well.