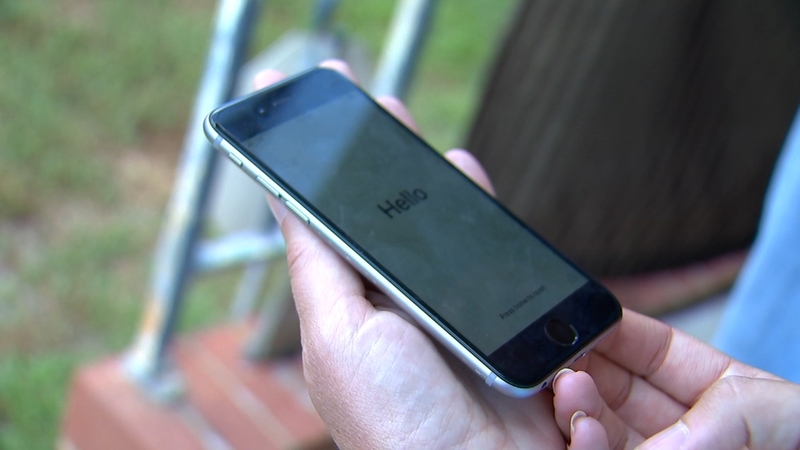 FAYETTEVILLE, N.C. (WTVD) -- Being without a working cellphone is never a good thing, especially when we are not just talking about days but instead weeks.

Document everything when it comes to warranties. If you have to mail an item in for repair, take pictures and video of what is wrong with it so you have proof of what it is like before you send it away.
Report a correction or typo
Related topics:
technologyfayettevillewarrantyabc11 troubleshootertroubleshooteriphonefinance
Copyright © 2022 WTVD-TV. All Rights Reserved.
ABC11 TROUBLESHOOTER
$1.3M Raleigh home listed on Zillow for $17,000 in latest scam
Report finds people of color pay more in rental application fees
Mail delays blamed on dog, owner claims case of mistaken identity
Driver struggles to get permanent tags for truck bought on Vroom
TOP STORIES
Tornado watch issued, high winds bring down trees
School shooting survivor says gunman told them: 'You're all gonna die'
Bank employees help kidnapped woman after she asks for loan
LIVE: Official says police made 'wrong decision' during TX shooting
Yankees and Rays share gun violence facts instead of game coverage
Duchess Meghan Markle pays respect to Texas school shooting victims
Police chase creates traffic delays on I-40 heading into Raleigh
Show More
NRA opens gun convention in Texas after school massacre
8 of 10 largest cities lost population during 1st year of pandemic
Local families, leaders hold vigil for school massacre victims
Hurricanes win Game 5, push Rangers to brink of elimination
$1.3M Raleigh home listed on Zillow for $17,000 in latest scam
More TOP STORIES News