RALEIGH, N.C. (WTVD) -- When Brenda Tracy spoke to the N.C. State football team in 2019 and shared her story about being gang-raped, she challenged the athletes to set the expectation.

It's something that's stuck with former Wolfpack star James Smith-Williams, who helped organize a themed football game and wore custom sneakers to raise awareness during the East-West Shrine Bowl.

"When you see an area of need, you just always do the right thing," Smith-Williams said. "That's just kind of how I approach life. Brenda issued that challenge to me when she said, you know you guys are the solution not the problem, like, what are you going to do to fix it, and that's still kind of on the table in front of me. So, I think this journey, this path, is just me being trying to answer that call that I got from her all those years ago."

For Tracy, who several years ago began speaking to college athletes, mostly football players about her experience that began with a 1998 gang rape at the hands of four Oregon State football players, it's an affirmation of her raw, personal message.

"From the very beginning of this journey with Set the Expectation as in men in sports, I wanted to see ambassadors in professional sports, college sports, all levels," Tracy said. "I also knew that it would take a special person."

Tracy said she believes Smith-Williams, who was recently drafted by the Washington Redskins, is that special person. After asking him, they both decided he will be Set the Expectation's first NFL ambassador.

"It's super exciting, like it's a huge honor," Smith-Williams said. "You know Brenda knows a lot of college athletes that she's met along the way and I know she's known for many good players and really good dudes ... I'm really excited about it."

Tracy hopes the NFL will become a leader in the movement.

"What we need is for the NFL to really take the lead," Tracy said. "Then you have kind of a trickle-down effect that happens from the NFL to college to high schools. The more people that see James and other players like him, you know, wearing the wristbands and the T-shirts and raising awareness and giving back, the more men they're going to want to get involved, and you know that's how you start a movement."

Smith-Williams and Tracy plan to work with the Redskins to continue spreading awareness about sexual assault, and the former Wolfpack defensive lineman said being that ambassador is an opportunity for change.

"I think it's, this is what I do, you know, kind of, inherently, right," Smith-Williams said. "I think for me it's more so, connecting my platform and Brenda's message and, you know, continuing to try and build something."

The isolation created by the COVID-19 pandemic presents heightened challenges for women who may be living with abusers and have little recourse available now.

"There's so many of us that are not only dealing with, you know the COVID-19 crisis, but also maybe our existing trauma," Tracy said. "Maybe some of us are living with our abusers. Some of us can't get away. There's so much going on right now, and to see someone like James just gives me hope. And it gives me something to look forward to." 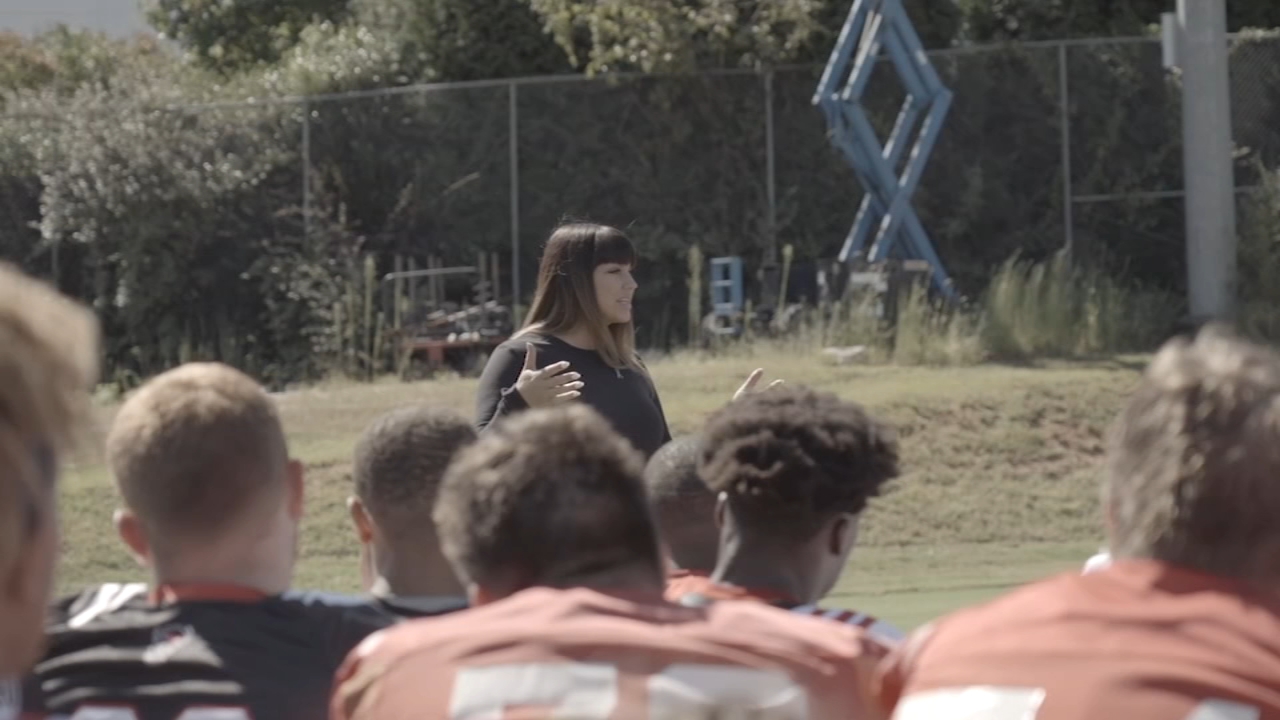