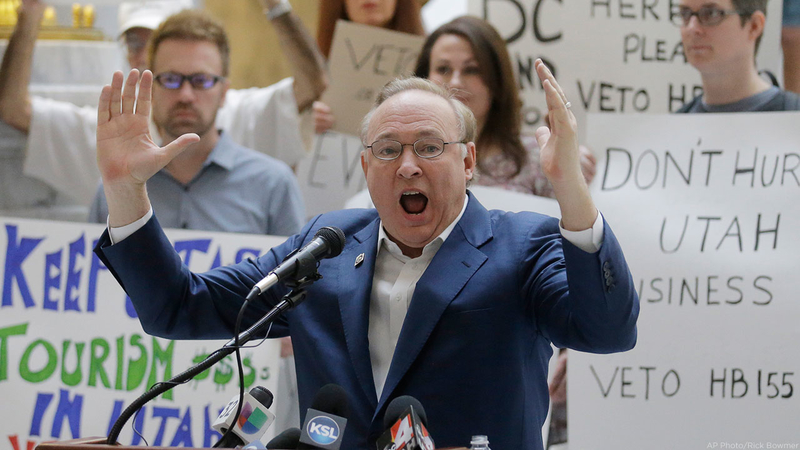 Before statewide marijuana vote, Utah lawmaker tries it on camera

LAS VEGAS -- Before his constituents vote on a measure legalizing the use of medical marijuana, Utah state Sen. Jim Dabakis wanted to find out what all the fuss was about -- so he drove to neighboring Nevada to try cannabis out for himself.

Dabakis, a Democrat who represents the state's second district, posited that nobody else in the state's legislative body had ever used marijuana, so he "decided to come to Las Vegas and see what the whole folderol is about."

"I wanted to have at least one Utah state senator that actually has tried cannabis before we had this big debate," Dabakis said.

In a Facebook video shot outside a Nevada dispensary Saturday, Dabakis discussed the marijuana-related tax money Nevada has raised before trying a half of a piece of cannabis-infused candy that he likened to a tangerine-flavored gummy bear.

"I wouldn't recommend it as a sheer candy. It's a little bit bitter," Dabakis remarked as he tried the edible.

In a follow-up video posted Monday, Dabakis assured his constituents that he had emerged from his experiment unscathed and thought the debate was "a lot of ho-hum."

"I felt a little high, a little okay, but it didn't change my life," Dabakis said. "Everybody, mellow out. Recognize that this is nothing to be afraid of. The people that are terrified by it seem to be the people who never tried it."

He closed with an unorthodox suggestion: "I would suggest that a final dispensation be given to everyone in the Utah legislature to go try (cannabis-infused) gummy bears. Maybe we can pass a special law, have a special session. We could do it in the capitol with nurses around and doctors around and they can try it...as informational."

Dabakis said his jaunt to Las Vegas was paid for out of pocket and involved no taxpayer dollars. He said he did not drive after eating the candy and did not bring his leftover edibles back to Utah.