The shots, given two months apart, can offer 100% against severe disease.
ABCNews 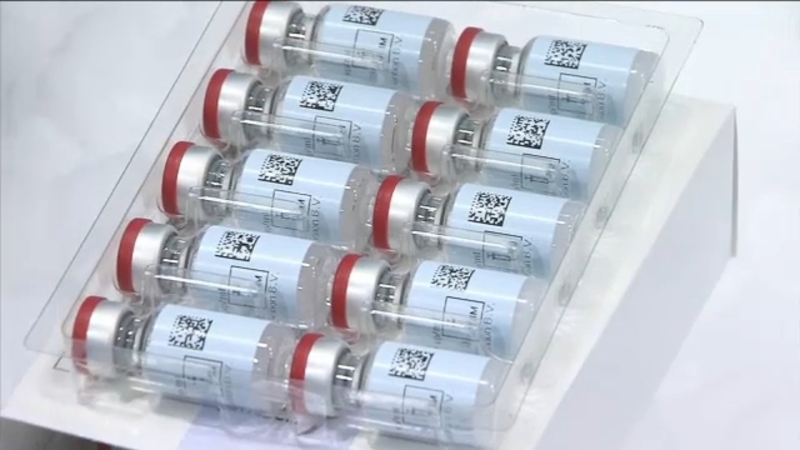 A second dose of Johnson & Johnson's COVID-19 vaccine given two months after the first leads to stronger protection, according to the company.

The new data, announced in a press release, adds to a growing body of evidence suggesting that booster shots could enhance vaccine protection against breakthrough infections -- though experts agree all three vaccines are still doing their job to protect against more serious illness.

But two Johnson & Johnson shots, given two months apart, resulted in a similarly high effectiveness level: 94% protection against any symptomatic infection in the U.S., and 100% against severe disease.

With Pfizer's booster shots now up for formal review from the Food and Drug Administration, and Moderna's shortly to follow, the new data will likely factor into regulators' decision about if and when additional shots are appropriate for the nearly 14.9 million people who received the Johnson & Johnson vaccine.

All three currently authorized vaccines are still working well to dramatically reduce the risk of being hospitalized, but as months pass and with the emergence of new COVID-19 variants, the vaccines are losing their power to prevent more mild breakthrough infections.

The new Johnson & Johnson data also raises questions about when to give an additional shot for the country's only single shot vaccine. New data describing a booster two-months later found a marked increase in antibody levels. But prior data, already published, found that a booster shot given six months after the first dose results in even higher antibody levels.

"With the two-month boost interval, there was a four-fold increase in antibody titers. But when a booster was given after six months, it led to a 12-fold increase in antibody titers," Dr. Dan Barouch, director of the Center for Virology and Vaccine Research at Beth Israel Deaconess Medical Center, whose lab helped develop the J&J vaccine, told ABC News.

"This suggests that the efficacy might be even greater when the booster is given at this later point in time," Barouch said.

Regulatory authorities will need to weigh the available evidence and determine the appropriate timing for booster shots for all three vaccines.

In prepared remarks, J&J Chief Scientific Officer Dr. Paul Stoffels said the single-shot vaccine still provides "strong and long-lasting protection" while also being "easy to use, distribute and administer.""At the same time," Stoffels said, "we now have generated evidence that a booster shot further increases protection against COVID-19 and is expected to extend the duration of protection significantly."