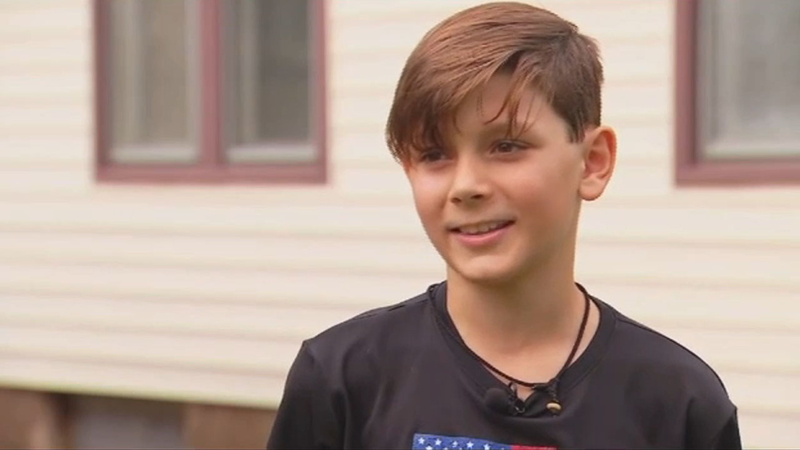 SARTELL, MN -- A 9-year-old boy accidentally won a 10K race after taking a wrong turn during his 5K race.

Kade Lovell's mother said he was born to run. She said he's been running since he was 18 months old.

"He pretty much popped out running," she said.

When he didn't cross the finish line of the St. Francis Franny Flyer 5K, his mom thought he was having an off day.

"I thought maybe he is having a bad race. It happens. No big deal. Then these other kids coming running by. I was like, 'He should be in front of them.' Then I thought maybe he's hurt. Maybe he got lost. Maybe worse could happen; who knows," she said.

It turns out, Kade took a wrong turn and ended up on the 10K route instead of the 5K route.

He then crossed the 10K finish line alone.

The confusion soon morphed into surprise, when other runners started crossing the 10K finish line.

He beat the next 10K runner by more than a minute.

"I accidentally won it, and they've been practicing for a long time. I just was really surprised I did that," Kade said.