'Professional assassin:' Meet the 12-year-old Garner girl who is a Karate world champion 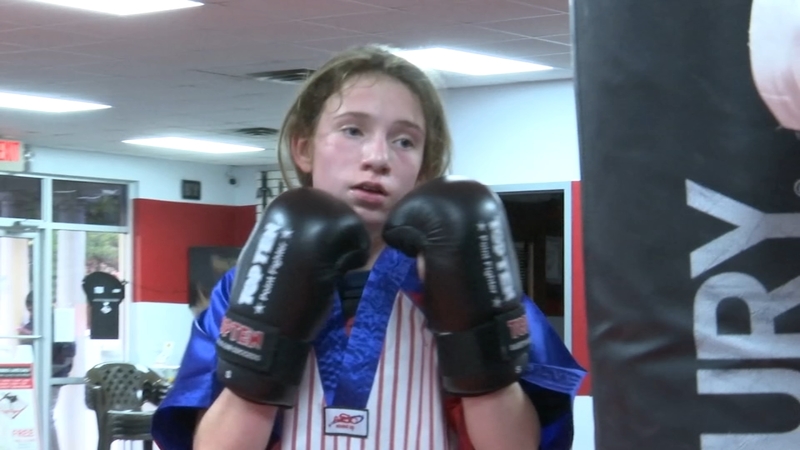 GARNER, N.C. (WTVD) -- A 12-year-old girl from Garner is now a World Champion in the sport of Karate.

From an early age, Serafina despised losing. At anything. About six years ago she found a way to channel that competitive spirit into Martial arts. Throw in the discipline and drive to compete at a high level and you have a World Champion.

To say Serafina Fish caught on fast is an understatement, she won a trophy in her very first sparing tournament and now has a room full of hardware.

"I think I've won 60 to 70 tournaments. And the worst I've ever done in fighting is second place."

"Serafina went in, won her first trophy.. a big 3-foot trophy, big smile on her face. Said this is what I want to do and it's taken off from there."

Add a gold medal to the pile. A remarkable feat considering she nearly lost her first bout in the tournament.

"There's no prouder moment for a parent to see your kid excel at something that they love."

While her primary training has been with Vernard Williams at Snap Kick Martial Arts in Garner, there are now occasional trips to Virginia to see a national coach. Sensei Williams knew Serafina was wired differently from the beginning.

"When I watched her fight, she was like a different person. She went from real nice.. this sweet girl to professional assassin."

Serafina says her aggressiveness surprises some boys who dare to challenge her in the dojo. And while she's learning about herself, she's teaching dad a lesson or two as well.