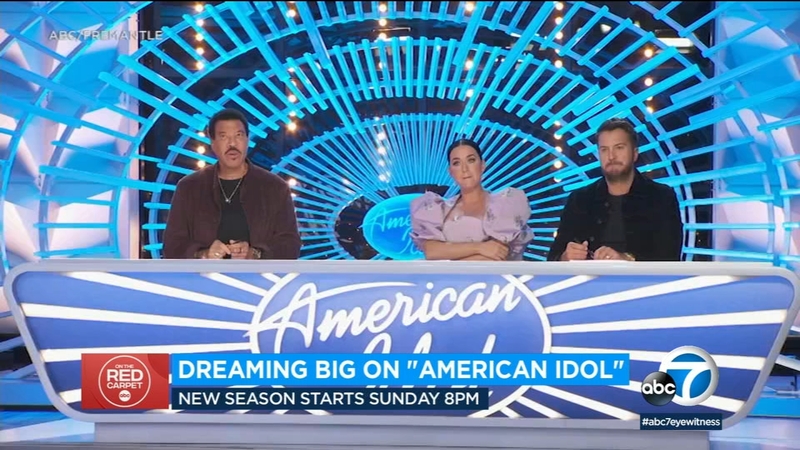 'American Idol' judges look ahead to 5th season together

LOS ANGELES -- "American Idol" is back for a new season - its 20th overall and the fifth on ABC. Once again, it offers unknown talented singers a once in a lifetime shot at stardom.

Katy Perry is thrilled to be back for another season of "American Idol," joining fellow judges Luke Bryan and Lionel Richie. All three say they've learned a lot over the past four years.

"I think our filters get less and less, the judges, but our standards get higher and higher," Perry said.

"I think that's what really impresses us as judges is when a kid grows, has humility," Bryan said. "They don't really necessarily know they're amazing."

Host Ryan Seacrest is celebrating his 20th season with the reality series, and he attributes the show's longevity to its focus on the up and coming young talent.

"They have always dreamt of this and they get a chance to be in front of the judges, and they get the spotlight on them," Seacrest said. "But they have something that you see and feel that is genuine, that's comfortable, that's confident, that's unique ... Somehow after 20 years you think there's nobody left - there are a lot of people left."

"It really truly is the embodiment of the American dream," said Perry. "We really want those kids to win."

One new element this season: the top talent from three audition cities - Austin, Nashville and Los Angeles - were awarded a "platinum ticket." That allows them a "free pass" to sit out one of the early rounds of competition.