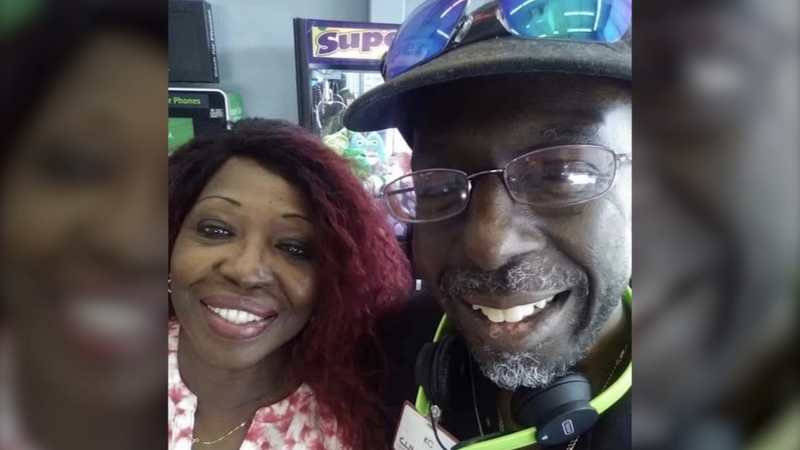 RALEIGH, N.C. (WTVD) -- When Keith Collins was shot and killed by a Raleigh Police Department officer, he was walking to his home where he lived with his mother and stepfather.

His mother, Gloria Mayo, said she was on her way home from work.

"The ambulance passed me on the way to come home," Mayo said. "I had no idea that it was him."

Mayo and her husband, Frederick, invited reporters to their home where they lived with Collins. They said they wanted people to know more about him.

She said her son spent all of his 52 years dealing with a developmental disability and could read only at third grade level.

He also had some physical disabilities from a car wreck.

"He had disabilities, he had challenges and he loved everybody. Keith, there's nobody that did not like Keith," Mayo said.

Mayo conceded that all his life, a few mean people picked on him, including the manager of a store where he worked.

Mayo said after her son was fired for missing work, she found out it was because of the manager.

Mayo and her husband have learned a lot in the past week about what happened between Collins and officer W.B. Tapscott.

She said she learned that Collins bought a BB gun that looked like a real gun at the Walmart in Townridge shopping center on Glenwood Avenue not far from their home.

A woman in the shopping center called 911 that afternoon to report that she had seen a man wearing a gold colored jacket in front of the Big Lots store drop a gun on the ground.

She said he picked it back up, put it in his pants, and went into the store.

Minutes later, as Raleigh Police Department officers converged on the area, one spotted a man in a gold jacket walking on Pleasant Valley Road.

The officer, later identified as Tapscott, was wearing a body camera.

An attorney for the Raleigh Police Department went to court Tuesday to ask a judge to allow the department to release the video in the spirit of being "transparent" and "promoting public trust".

But Wake County's District Attorney told the judge that Collins' family did not want it made public.

The judge ordered that the public could see the video but only at private screenings.

When the officer first pulls up next to Collins and gets out of his car, his microphone is not on.

In the silent portion of the video you see Collins raise his hands then quickly drop them and start running toward his home.

Although his mother can't bring herself to watch the video, those who have seen it--including her husband--have told her about it.

"He's petrified of the police," Mayo said. "He would not have took off running. The officer had to say something for him to run because where he got shot at he was almost here."

When the audio does come on, you can hear the officer yelling for Collins to show his hands.

At one point Collins pivots, turning toward the officer with an object in his hand.

The officer fires four shots in quick succession and Collins falls to the pavement.

The officer then fires three more shots and continues to yell at Collins to get on his stomach and drop the gun.

He then shoots four more times, ejects the handgun's clip and loads another.

Rick Armstrong, a former RPD officer who is now head of the Raleigh Police Protective Association, attended the screening of the video.

Afterward, he said it appeared Collins was still not prone, still had the gun in his hand, and was not complying with the officer's orders to get on his stomach and put his hands at his side.

"Even though the subject was on the ground it doesn't mean the threat is eliminated. He still was a viable threat to the officer," Armstrong said.

He noted that Collins appeared to fully collapse only after the officer fired all 11 shots.

Collins' mother said the day he died, he wrote of list of chores on a piece of paper.

When the makeshift news conference was over and TV crews were packing up their gear, her husband gently rubbed her back trying to console her.