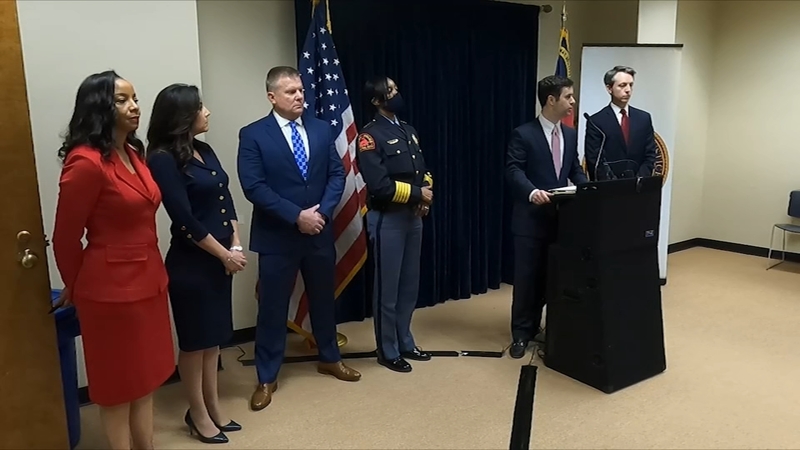 RPD officer charged with dealing drugs while on duty, US attorney says

RALEIGH, N.C. (WTVD) -- A Raleigh Police Department officer has been charged with distributing cocaine while on the job, according to US Attorney Michael Easley Jr.

Keven Rodriguez, 33, was arrested Wednesday and charged with distribution of cocaine and possession of a firearm in relation to the former crime.

A confidential informant met Rodriguez on Jan. 24 in the 1800 block of Capital Boulevard at an abandoned former auto dealership, Rodriguez was a sworn RPD officer at the time. He arrived at the meeting location in his patrol car, in uniform, while carrying his service weapon, arrest documents show.

The informant was equipped with audio and video recording devices, authorities said.

According to federal investigators, the source gave Rodriguez $2,600 in exchange for a substance later confirmed by lab tests to be approximately 56 grams of cocaine.

RPD Chief Estella Patterson said the arrest is a disappointment to her and her team but shows her commitment to holding officers and herself to high standards of conduct.

"While I am disturbed by today's events, I will not allow the actions of one to define the Raleigh Police Department," Patterson said. "I will continue to hold myself and officers accountable to the highest standards of conduct both on and off duty."

Patterson said Rodriguez has been with RPD since July 30, 2018. He is currently on administrative leave without pay.

Rodriguez had a first appearance Thursday on the charges.