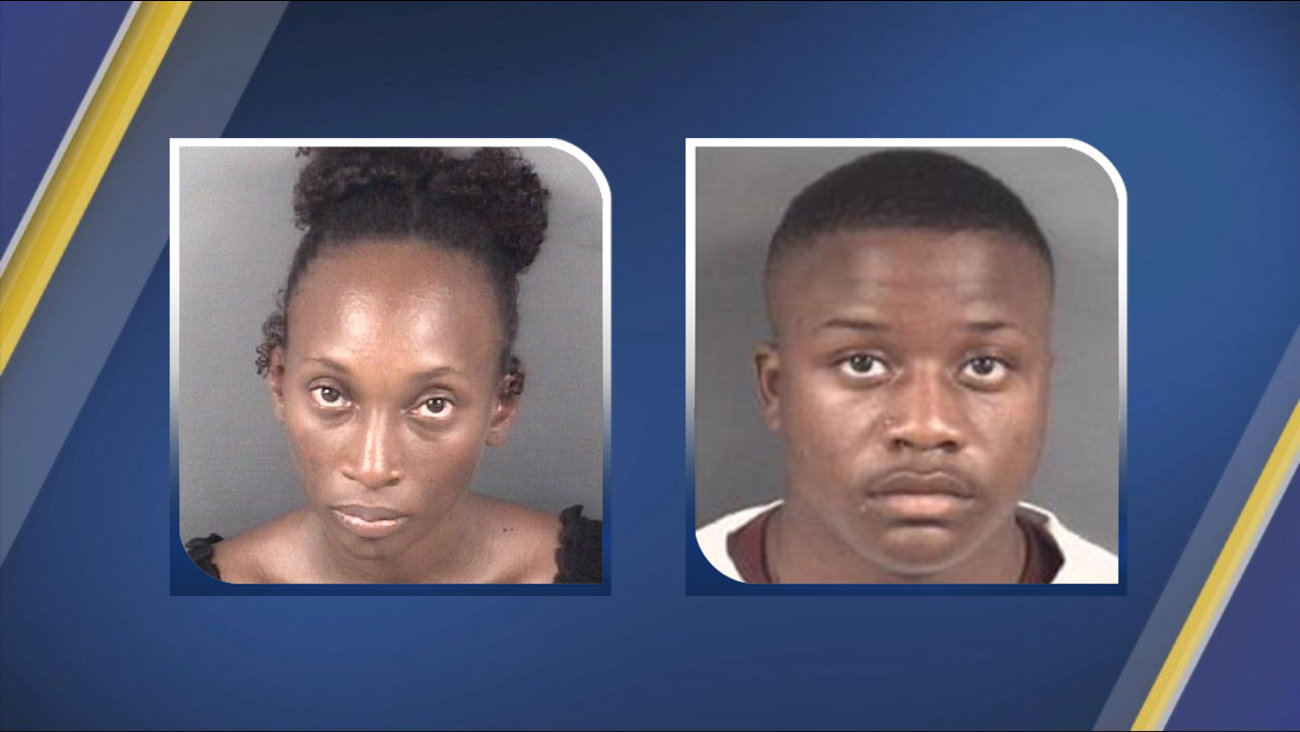 FAYETTEVILLE, N.C. (WTVD) -- A teen boy and a woman are both behind bars in the shooting death of a 40-year-old man in Fayetteville, authorities said.

Laticia Ramon Brown, 28, and Tyliek Saheem Gillespie, 16, were both charged in the death of Eric Robinson, who was shot during a robbery and later died in the hospital on the early morning of April 17 along the 2000 block of Osceola Drive. Both were arrested without incident and are now being held at the Cumberland County Detention Center without bond.

Gillespie, of the 100 block of Hill View Street, was charged with first-degree murder and felony conspiracy.

The Fayetteville Police Department said he is being tried as an adult due to being previously convicted as an adult in an unrelated case.

Brown, of the 5000 block of Starbeam Drive, was also charged with first-degree murder and felony conspiracy.