Localish
By Juan Carlos Guerrero
Every year, families hike up one of San Francisco's steepest hills to gaze at one of the city's magical Christmas house displays.

It's adorned with hundreds of stuffed animals and toy roller coasters, and it's the home of the real Tom and Jerry.

The original inspiration came from Tom who decided to put some simple decorations on a small tree in the front yard.

"I started decorating the tree with plates that you would buy to have a picnic with. I stapled them together and put a little bow on it and put it up. And everyone got thrilled with it," said Taylor outside his house.

Since then, that tree has grown to about 65 feet, as tall as some of the ones that have been displayed at Rockerfeller Center.

The tree is still decorated with lights and spheres. But now it is surrounded by several working trains, a toy roller coaster, ferris wheel and dancing dolls. And then there are the hundreds of stuffed animals. Many of them are dropped off by admirers.

"This year a young fellow brought a huge teddy bear to the tree and a little note. He waned to find the right home for it and thought our tree would be the best place for it," said Goldstein.

If you want to visit the Tom and Jerry Christmas tree house, it is located at 3650 21st Street in San Francisco. Santa makes a special appearance on Christmas eve.

Learn How to Throw an Axe From 'Axe-Perts' 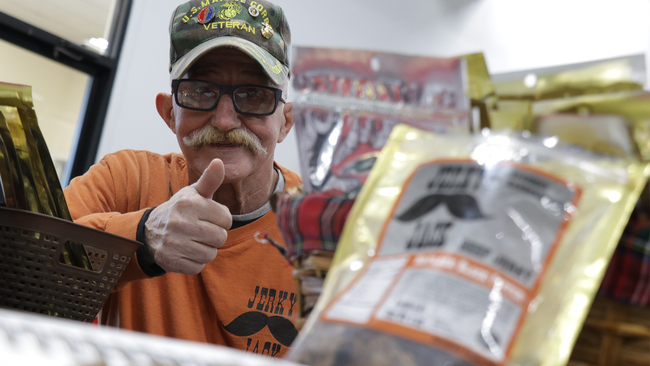