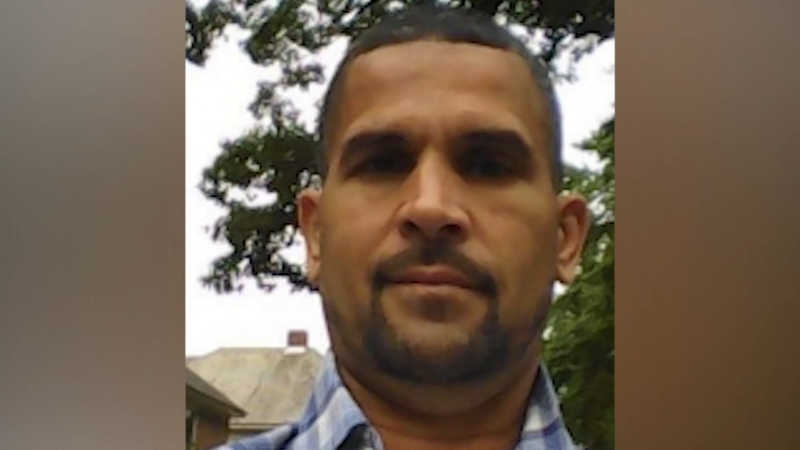 LUMBERTON, N.C. (WTVD) -- It's been more than four months since the Oxendine family lost Matthew Oxendine in a deadly deputy-involved shooting and they're still seeking answers.

The family's attorneys held a press conference on Thursday morning outside the Robeson County Courthouse, demanding transparency and accountability.

On January 10, the family says Mathew made a 911 call in a distressed state, adding he dealt with a long history of mental illness, including depression and suicidal thoughts.

In the sheriff's initial report, it states that deputies found Oxendine inside a car that he had set on fire. After trying to get him out, law enforcement says Oxendine started threatening to harm deputies and pulled out what they believed to be a gun; SBI investigators later learning it was a toy gun.

This led to an unknown amount of deputies firing their weapons at Oxendine, killing him.
EMBED More News Videos

Greg Oxendine, Matthew's brother, was on the phone with another family member on the scene when he heard the gunshots. Greg recalling that evening during the press conference, "and to hear that on the phone, it's unreal to know, like, something like that happened."

A recent ABC 11 I-Team investigates revealed 39 percent of nearly 100 officer-involved shootings in central North Carolina involved a person dealing with a mental health crisis or having a history of mental illness in the last eight years.

Attorney Bakari Sellers, Attorney Chance Lynch, and Attorney Chantel Cherry-Lassiter are representing the family in the deadly shooting. They handed the media a mortuary report from the Boles Funeral Home that reveals the injuries Oxendine's body.

In the report, it states that Oxendine was shot 14 to 15 times to the left side of his face and his neck. The funeral embalmer also reported eight to 12 shots in Oxendine's back, nine shots to the chest, and another few under the arm.

"I've been involved in a lot of cases, and I can honestly say I've never this many shots in my life," Sellers told the media.

The attorneys say none of the deputies had body cameras or cameras on their vehicle, something they believe is just not a resource the sheriff's office currently has on hand.

Sellers also says the deputies involved in the deadly shooting are back on-duty. In Thursday's press conference, the family made it clear they want that to change.

"We believe they did not only violate policy but also possibly commit a crime," Sellers added.

Eyewitness News reached out to Sheriff Burnis Wilkins for comment on the press conference and statements made. He responded to our text message saying, "I am not commenting on this investigation at this time. I have not seen the final report from the SBI and awaiting the findings from the District Attorney's Office and the Attorney General's Office, as is the public."

The family wants those deputies to remain on administrative leave until the investigation is completed.

"We'll never get that back, so how can there be closure? Whether law enforcement is charged or not charged," Greg Oxendine said.