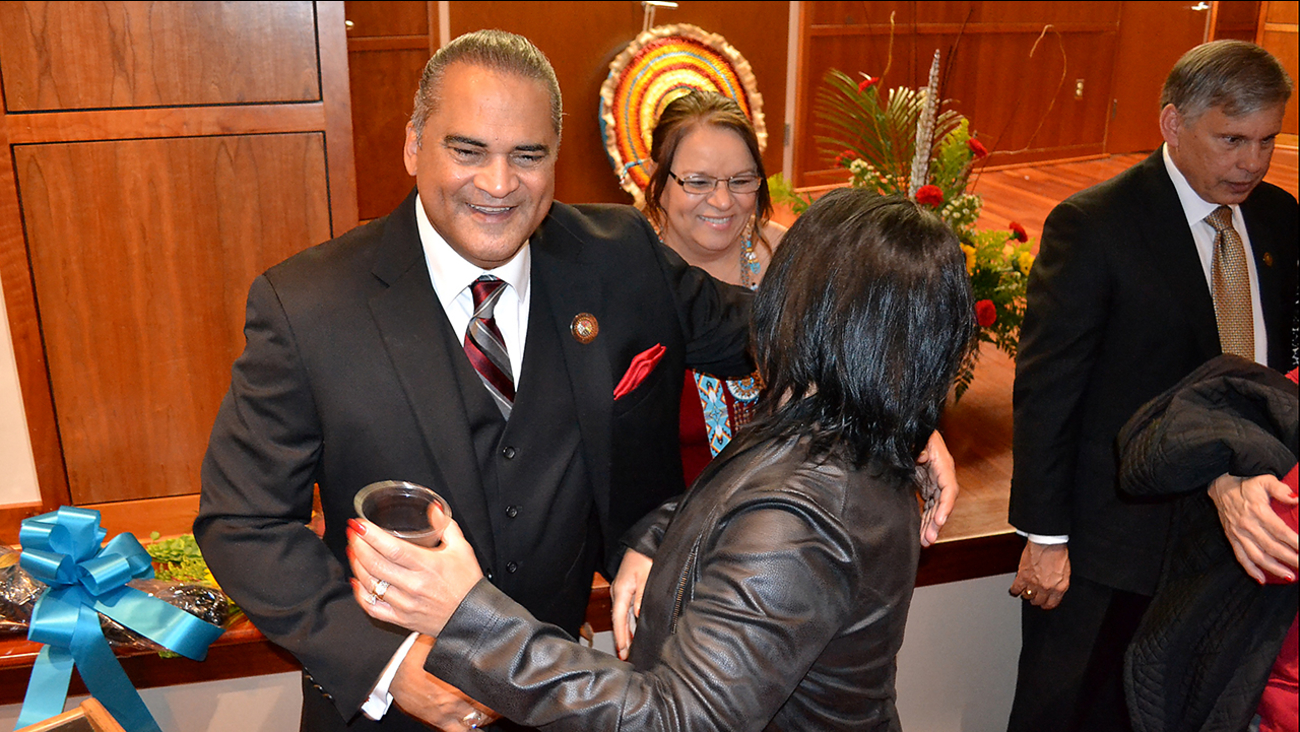 About 1,400 people attended the 6 p.m. swearing-in ceremony of the tribe's sixth chairman.

Godwin campaigned on a platform of unity, transparency and cultural pride. He has vowed to return dignity to the Lumbee people by making them confident in their tribal leader.

"I am grateful for the opportunity to serve the Lumbee people," Godwin said. "I want to thank everyone for their prayers and support."

Godwin stressed throughout his campaign that he still believes in the Lumbee core values of belief in God, the value of education and heritage through a connection to the land. He has vowed to work hard to restore the public's faith through honesty and integrity.

Godwin said he is anxious to begin serving his Lumbee people through collaboration with the Lumbee Tribal Council, administration, judicial court and the 65,000 Lumbee people. Godwin reiterated the importance of unity as the tribe moves forward.

"It will take a unified effort of the Lumbee people and the public in general, with some pulling and some pushing," he said. "We have so much potential within our great Lumbee people. Our people have succeeded in a number of areas nationwide. We will work with others through out the region, state and nation in a unified effort to move our tribe where it needs to be. And we will bring others to the table as we move forward."

Godwin said it is important to have the support of others as the tribe works toward badly needed improvements in the community. And, he added that the tribe will need the public's support as it moves toward achieving one of its most important goals - full federal recognition.

"I'm excited to have the opportunity to work for our people," Godwin said. "The future for our Lumbee people looks brighter than ever."