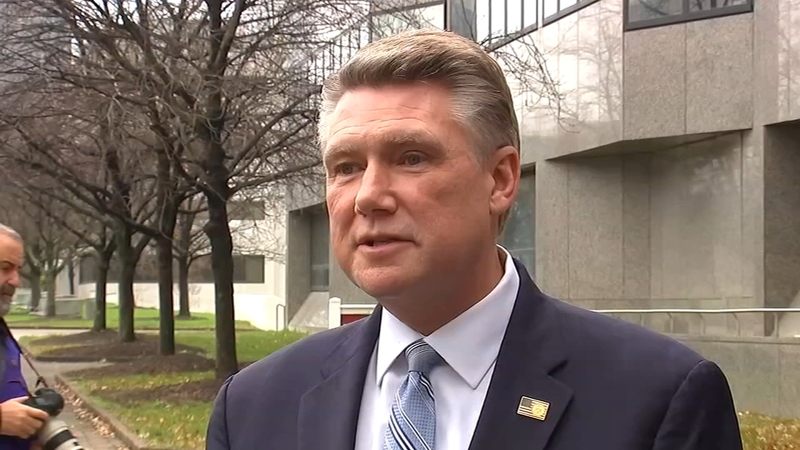 In February 2019, the State Board of Elections announced they would run a new election for the district--Harris later decided not to run. Following that election, Republican Dan Bishop was elected to the seat in September 2019.

Wednesday, Freeman said her office concluded there wasn't evidence to support a criminal case against Harris, and would therefore end the investigation into his involvement. However, Freeman said charges against multiple people, including Harris' former campaign employee Leslie McCrae Dowless, are still pending.

"It is critically important that the public be able to trust the electoral process," Freeman said in a written statement. "Candidates for elected office have a duty to uphold the public's faith by not only following the law, but by exercising sound judgment."

Harris released the following statement following Freeman's announcement, expressing gratitude for the investigation:
"Nearly 600 days ago I told the voters of the 9th district that my campaign would fully cooperate with investigators in a process that would ultimately reveal insufficient evidence to overturn an election. I am personally grateful for the detailed investigation by the Wake County District Attorney and the cooperating federal and state agencies to finally restore my reputation. I trust the investigators will continue their work so North Carolina voters can be assured that their vote counts in a system that follows the rule of law."
Report a correction or typo
Related topics:
politicsncelection2018 electionfraud
Copyright © 2021 WTVD-TV. All Rights Reserved.
TOP STORIES
Some residents against Raleigh's East End Market now give green light
130 mph Raleigh chase on I-540 ends in crash: Police
NC State knocks off Arkansas 3-2, advances to College World Series
Missing 93-year-old Raleigh man found dead at Jordan Lake
Trolley Pride Ride highlights historic LGBTQ+ locations in Raleigh
WEATHER: Heating Up, Stray Showers Tomorrow
Naftali Bennett becomes Israel PM, ending Netanyahu's rule
Show More
Veteran charactor actor Ned Beatty dies at 83
What to know about the delta variant first detected in India
Rash of mass shootings stirs US fears heading into summer
French President Macron says US is 'definitely' back
NOT REAL NEWS: A look at what didn't happen this week
More TOP STORIES News