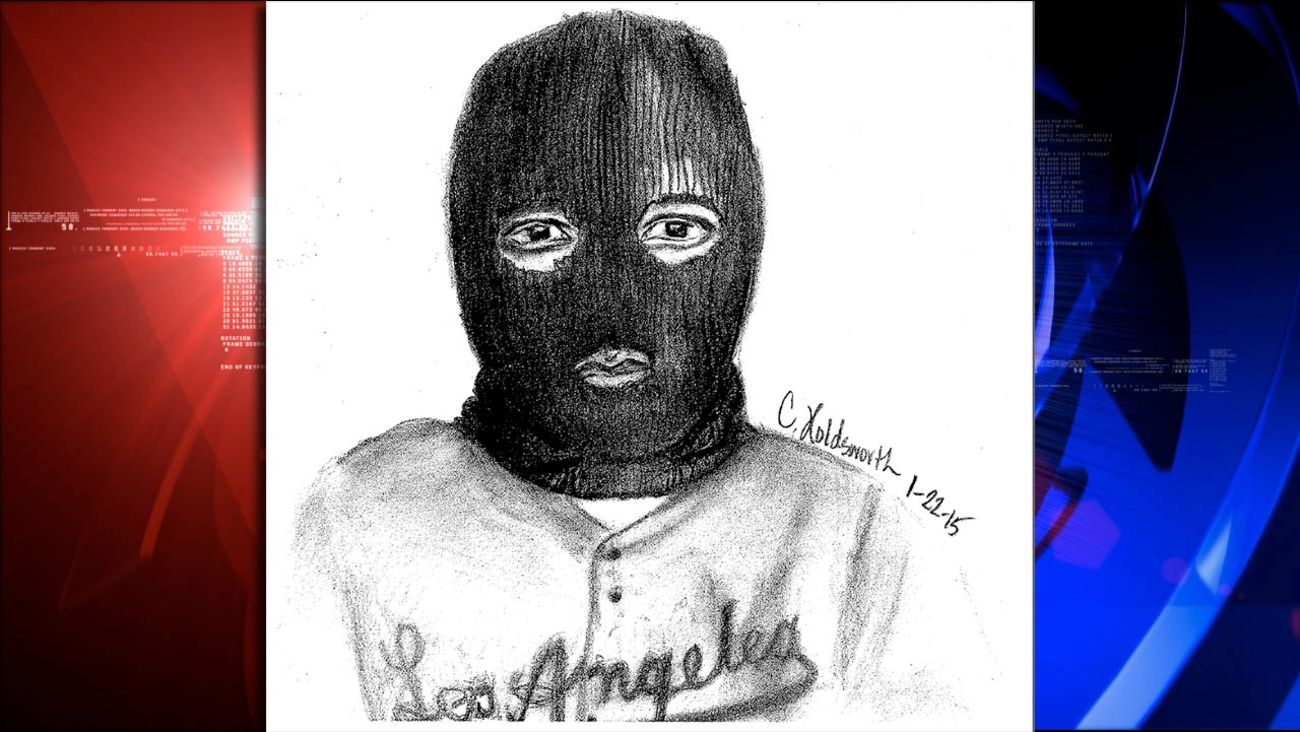 ROSENBERG, Texas -- Texas police are looking for a suspect in an aggravated robbery, and they're hoping the public can help. But the sketch they've released will require some imagination on the part of viewers.

At about 6:30 p.m. Saturday, a man was taking his daughter out of his vehicle in an apartment complex parking lot in Rosenberg, Texas when he was approached by a white male wearing a black ski mask. The victim described the suspect as wearing a gray and blue button-up, short-sleeve baseball jersey, faded blue jeans, and black and red tennis shoes. The suspect demanded money and property while displaying a long-barreled black revolver. The suspect fled once the victim surrendered his property.

Investigators are looking into all leads, including a similar robbery on the same day. The victims in that case reported the suspect as a white male who was wearing a jersey with the number "20" and shorts. The suspect was armed with a pistol and demanded money and property.